London’s QEII Centre played host to Bloom – a showcase of ‘enchantment, imagination and discovery’ – on 19 February.

More than 150 event professionals were welcomed into the underground warrens of the evening’s three hosts – Mr Badger, Ms Rabbit and Specs – for a drinks reception like no other, with the centre’s fifth floor Cambridge room completely unrecognisable thanks to QEII’s event theming partners, EventTrees.

Guests arrived through a leafy, floral walkway lit with twinkling fairy lights, emerging into the central chamber of the underground-themed space. A signature cocktail from each of the hosts was offered on arrival – Ms Rabbit’s gin, sugar snap pea, lime and mint; Mr Badger’s vodka with vanilla and chai, and Specs’ negroni-style tequila, mezcal, Aperol and rose vermouth.

Moving up to the sixth floor Mountbatten room, with its panoramic views of the London city skyline, guests emerged from the underground into a blooming daffodil, encompassing the entire room with towering petals, floor-to-ceiling projection and the sounds of bees buzzing around the flowers.

Before dinner was served, chief executive of the QEII Centre, Mark Taylor, appeared in fields of daffodils projected around the room, to welcome everyone and look ahead to a year of positivity and opportunity, reflected in the theming and creativity of the evening.

After dinner entertainment came courtesy of Ms Rabbit – in her new guise of Jessica Rabbit, performing sultry cabaret hits while working the room and charming guests. Digestif cocktails were served back downstairs in the burrows, ending an evening of spectacular transformation and creativity that cemented QEII’s position as London’s most flexible large events venue.

Make Christmas that little bit more special with a truly Royal Christmas at 116 Pall Mall, with bowl food packages starting from £80 per person, or Royal gala dinners from £140 per person.

A short trip down The Mall from Buckingham Palace, the stunning central London venue is steeped in royal history.

Last year, 2018 brought London two royal weddings and this year we are looking forward to another royal baby. In keeping with the theme, let us extend to you an invitation to celebrate ‘A Royal Christmas at 116 Pall Mall’.

Built on the site of King George IV’s former residence and boasting his 15ft Regency chandelier suspended above the sweeping staircase, you and your party guests will be treated like royalty, as 116 elegantly showcases its regal roots.

With our flexible and fun party packages, you can enjoy banquets fit for kings or party like princesses. Whether you’re celebrating with colleagues, friends or family, make 116 Pall Mall the crowning centrepiece of your Christmas party.

Come down, meet the team, including new Sales and Marketing Manager, Michael McGowan, and let us show you around the home of the Royal Academy of Engineering and try out our food and drink by CH&Co.

To secure your place, please contact Michael McGowan by emailing [email protected], or by calling 0207 766 0625.

Summer 2018 saw a chart-topping number of guests enjoying the sun on the beautiful lawns at Regent’s.

But it wasn’t just the numbers of party goers that hit dizzy heights, impressive stats have been flying in to this unique venue…

So busy were the chefs at Regent’s, that if you were to stack up all the burgers they flipped throughout the season, they would reach the top of the Rockerfeller Centre. Their sausage count was also pretty jaw-dropping – the total number of bangers cooked would have stretched the length of both Oxford and Regent’s Streets when laid end to end.

An enormous 3,500 scoops of ice cream, 9,000 bottles of beer and 1,000 bottles of Prosecco also played their part in the biggest and best summer the venue has ever seen.

But it wasn’t all fun and games, there were a few casualties along the way. Namely four unfortunate hula-hoops and 132(!) chairs. Regent’s staff also didn’t get away completely unscathed with a total of 17 blisters across the team.

A new exhibition featuring 100 illustrations opened at London Transport Museum on 8 February celebrating one of the world’s greatest cities – London!

Revealing some of the fascinating tales of London life past and present, event guests can expect urban myths, historic events and remarkable characters, to daily lives and adventurous animals with the exhibition offering new perspectives and insights into the cultural history and heritage of London.

London Stories reveals the wealth of real and fictional tales and events inspired by, or having taken place in London, and embraces the quirky, amusing and bizarre as well as the day to day aspects of life in the capital.

The illustrated stories include the Cross Bones Graveyard, a ghost bus, St Pineapple’s Cathedral, the Faceless Woman of Becontree, and the baffling story of an intrepid rabbit travelling alone on London Underground. From Tottenham Marshes and Tooting Lido to Kew Gardens and the Empire Windrush arriving at Tilbury Docks, the exhibition is inspirational for both the savviest of Londoners and those wanting to learn more about the real and fictitious stories and events that give London its identity.

IET Venues is delighted to have been awarded the 2018 VenueVerdict Gold Standard Accreditation for their venues including IET London: Savoy Place.

The Accreditation is awarded for the level of service provided in 2018 and is based on independently collated customer feedback, only 59 venues in the UK achieved the 2018 Gold Accreditation. It displays the lengths the venue goes to provide first rate customer service, which is demonstrated by ‘friendly and helpful staff’ being the highest scoring metric for IET London: Savoy Place.

The venue also scored highly for ‘Tech facilities and support’ because of the state-of-the-art technology available to clients and knowledgeable in-house technicians.

IET’s Head of Venues, Sean Spencer, said: “The IET venue teams are over the moon with the Gold Accreditation, it is a great recognition and feedback from our clients for the excellent service our staff delivered in 2018. We look forward to another great year of service excellence.”

Private dining rooms are growing in demand as discerning business owners and consumers seek out intimate spaces in which to discreetly do business or entertain a valued few over a bespoke lunch or dinner.

Many of Westminster Venue Collection’s (WVC) prestigious and unique venues incorporate private dining spaces, which, together with their expert on-site catering teams, enable them to meet the increasing appetite for secluded suppers.

Whether you’re planning to impress a client over dinner, celebrating a special anniversary with friends and family, or want to host an intimate event away from the crowds, WVC has the perfect private dining room for your needs.

Nestled away in a corner of Berkeley Square, this Mayfair private members’ club boasts three private dining spaces of differing sizes and styles. For larger numbers there’s The Shelburne Room, catering banquet style for up to 50 people and with its own private anteroom and bar area. For more intimate dinners, the venue has the Art Deco-styled Findlay Room with dining for up to 18, while The Sun Room boasts contemporary décor and space for up to 14 people.

Baroque wall decoration and an ornately carved ceiling in The Small Drawing Room provide all the grandeur of Dartmouth House without you having to share it with others. Here you can host an important business meeting or special dinner for 24 people in stunning, yet secluded surroundings.

The Royal Institute of British Architects

Design your dream dinner at the home of architecture on Portland Place. The leather-lined and light-filled Aston Webb Room can seat up to 22 guests and with catering supplied by expert chefs from independent hospitality caterer CH&CO, it is the perfect environment for a choice occasion.

Situated on the second floor of the old Whitehall Palace, The Reading Room has plenty of natural light and impressive views over Whitehall. This elegant space can host private dinners of 30 people boardroom style or up to 50 banqueting style.

Film buffs can dine around the table which juries sit at to decide the winners of the prestigious BAFTAs when booking the venue’s top floor private meeting space, The Boardroom. The oak dining table seats up to 20 guests who can sample a seasonal menu specially created by BAFTA 195’s head chef Anton Manganaro. 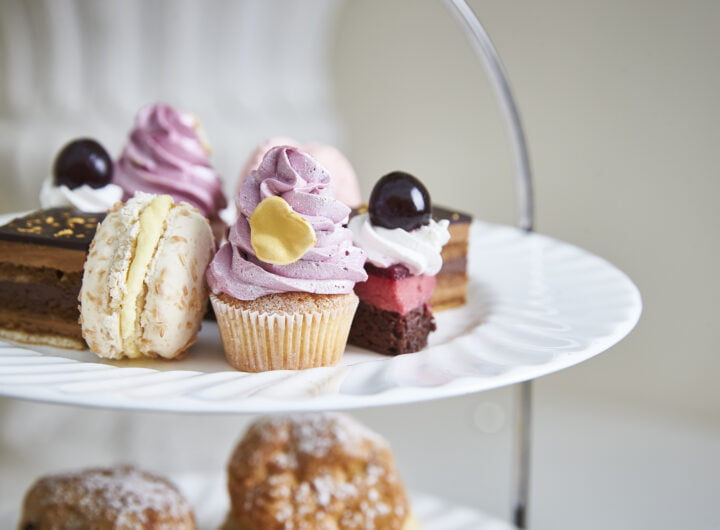 To celebrate opening their doors to the public on the weekend for the first time, 116 Pall Mall is teaming up with Searcys to launch a brand new Confectioner’s afternoon tea from Saturday 11 September 2021.