An impressive four venues from the WESTMINSTER VENUE COLLECTION HAVE been SHORTLISTED IN THE PRESTIGIOUS CONFERENCE AWARDS 2017.

Clare Arouche, WVC chair said: “While we already know that when event planners select one of our venues to hold their events they are choosing the very best that central London has to offer, it’s great to see this has been officially been recognised by one of the industry’s leading awards. We wish our venues the very best of luck in the finals.”

The winners will be announced on Friday 30 June.

To find out more about our award-winning collection, just click here.

As research by the BBC reveals a commute taking up to 90 minutes has the most negative effect on personal wellbeing, 8 Northumberland Avenue believe selecting a venue with great transport links makes your event instantly more attractive for delegates to attend.

Most venues in central London are never more than a 10-minute walk to the nearest tube station, and so choosing to hold your event in the capital means your guests will be more inclined to make the effort to travel to it and therefore help improve visitor numbers.

8 Northumberland Avenue, boasting two stunning ballrooms and five smaller meeting rooms accommodating between two and 1,000 people, is just a five-minute walk to Trafalgar Square and Charring Cross Stations making it the perfect location for your next event.

To find out more about holding your event with us, contact one of our team on events@8northumberland.co.uk.

Do you know a Chef de Partie or House Steward who is looking for a new opportunity within a great team based in Central London? If so, let them know about One Great George Street’s latest vacancies.

One Great George Street is an award-winning conference, event and wedding venue just off Parliament Square, close to many of London’s major landmarks and attractions.

Offering first class facilities and service standards, this magnificent four-domed Edwardian building is perfect for any event, whether it is a small meeting for 10, a large conference for over 100 or an elegant gala dinner. There are 19 rooms to choose from, each varying in style and amenities.

For more information on the positions available please email: buildyourfuture@ice.org.uk

Regent’s Conferences & Events is delighted to announce its Tuke Common Room has undergone a striking renovation with an Art Deco-style interior finish.

Equipped with complimentary Wi-Fi and conference facilities, this stylish new event space can accommodate up to 80 people and is licensed for wedding ceremonies. It also boats elegant pendent lighting decorated with stunning crystal droplets creates a sophisticated, timeless feel and the room’s neutral colour palette.

To arrange a viewing of the new and improved Tuke Common Room or any other space at Regent’s Conference & Events, please contact Conferences@REGENTS.AC.UK.

Christmas celebrations were in full swing at the QEII Centre last month, when guests were welcomed to a showcase of the Westminster venue’s ‘Snow Ball’ Christmas party theme.

Spirits were kept high with a soundtrack of jazzy Christmas classics and exquisite festive dishes served by head chef Jean Michel Viala on the evening, transporting guests from a sunny spring day to a glorious winter setting.

Although coffee still triumphs, members did note an increase in requests for speciality teas such as peppermint and green tea as well as the fruity blends.

Clare Arouche, WVC chair said: “It is always interesting to hear from our members about what’s happening and the trends they have noted within our industry. Despite the fast-paced movement of technological advancements in our sector, this survey highlights the more traditional elements like hot drinks remain a key staple element.”

She added: “’We believe the rise in offering speciality teas is reflective of the trend for venues to offer a wider variety of choice to event planners and attendees. This is very much a response to the move towards more health-conscious meeting and event catering, which is growing in popularity within the industry as organisers want to ensure delegates remain dynamic and focused.”

For more information about our incredible selection of Westminster venues or to find out how they can make finding a venue so much easier, click here.

Since the British Heart Foundation (BHF) was formed, the number of deaths each year from heart and circulatory disease in the UK has halved and 70% of people now survive a heart attack. This year the charity, which is the UK’s largest independent funder of cardiovascular research, was represented by over 200 runners who were raising funds to support and  improve the prevention, diagnosis and treatment of all heart and circulatory diseases. Following the marathon, the charity hosted BHF runners and their families making use of the Assembly Hall, Bishop Partridge and Jubilee Rooms.

The Children’s Society, which works to support vulnerable children in England and Wales, held their post-race event for more than 100 people for the fourth time  in its in Church House Westminster’s Hoare Memorial Hall.

Stephanie Drummond, challenge event manager from The Children’s Society said: “We are so proud of our fantastic team of runners who are fundraising to support our work with the most vulnerable children across the country suffering abuse, hardship and neglect. Our post-race party at Church House is an opportunity to thank everybody who has trained so hard and raised vital funds to support The Children’s Society.”

This year the largest team from Sarcoma UK – the bone and soft tissue cancer charity – took on the Virgin Money London Marathon with 45 runners, and they were joined by friends and family for the charity’s After Party in the Harvey Goodwin Suite at Church House Westminster. The team was aiming to raise £100,000 to transform the lives of people affected by the disease, fund ground-breaking research and provide personal support and expert information via its national Support Line.

Robin Parker, general manager at Church House Westminster, said: “It was great to host the post-race events for these three fantastic charities. We have great admiration for all of the runners and the money they have raised for these brilliant causes.”

You may have already seen on twitter, but Westminster Venue Collection is getting into the Easter spirit with a very special Easter competition.

All you need to do to be in with a chance of winning is find the Easter egg hiding among our stunning venues and direct message us on twitter with your answer and email address.

The winner will be chosen on April 19 and they will receive a personalised Thornton’s Easter egg made especially for them!

So, why not have a crack at our competition and win yourself a tasty treat this Easter? Click here to enter! 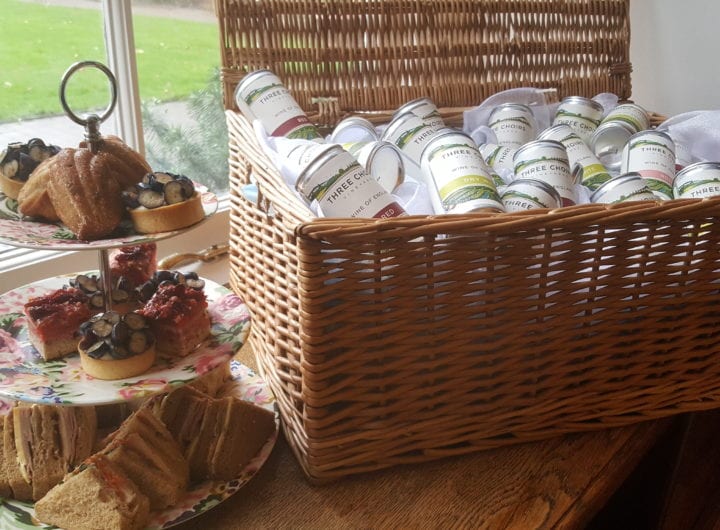