Seeking to build on its international business, Church House Westminster will be exhibiting at IMEX America from 10-12 October at Sands Expo and Convention Centre in Las Vegas

Exhibiting with London & Partners (B2416), visitors to IMEX – America’s worldwide exhibition for incentive travel, meetings and events – will have the opportunity to learn more about how Church House can provide the ideal backdrop for international events, with 19 flexible event spaces including its largest, and most impressive space, the Assembly Hall which has the capacity for up to 664 people.

Robin Parker, general manager of Church House Westminster commented: “Attending exhibitions is one of the most important parts of our business development strategy. IMEX America provides us with an excellent platform to promote ourselves overseas and we are looking forward to giving the American market a glimpse of our facilities as well as our first-class levels of customer service.”

For more information about Church House Westminster or to book you next event, please contact [email protected].

August has been an extremely successful month for our venues in both the 2017 London Venue Awards and Hire Space Awards.

We are delighted to announce that eight of our members have been named as finalists in the 2017 London Venue Awards in the following categories:

In total, 96 venues have been recognised for excellence and best practice by the awards and all will go through to the finals on Friday, 20 October at The Brewery in London when the overall winners will be announced.

In addition, London Transport Museum and Cavendish Conference Centre have been shortlisted in the 2017 Hire Space Awards in the Best Conference Venue and Greenest Venue categories respectively. The winners will be announced on Friday, 24 October at Landing Forty Two at the Leadenhall Building.

We wish all our member venues the very best of luck in their respective categories.

To find out more about all these venues, click here.

WVC will be exhibiting at Square Meal Venues and Events Live for the very first time this year.

Taking place at Old Billingsgate, London, on 20 and 21 September, we will be located at stand number G32 and representatives from our member venues will be ready and waiting to help you save time while finding the very best Westminster venue for your next event.

Visitors to our stand will also get their hands on the hottest ticket in town – an invite to our spooktacular Hallo-Westminster showcase on October 24 at One Great George Street.

Entry to the event is free and you can register to attend here. We look forward to seeing you there!

Things are set to get pretty spooky this October when all our member venues come together at One Great George Street for our annual showcase – and you’re invited to attend… if you dare!

Creep along on Tuesday, 24 October at 6.30pm and meet with our selection of scarily good venues – all based in London’s iconic borough of Westminster. On your way, you may even bump into the phantom monk said to walk the tracks at Westminster Tube Station.

In true Halloween tradition, not only will you have the chance to meet and chat with representatives from our 34 venues, but you’ll also be invited to take part in a ‘Trick or Treat’ lucky dip where you could win some spooktacular prizes and experiences.

With fashionable townhouses and private members’ clubs to luxury hotels, celebrated attractions, historic institutes and societies, we can help you find the perfect venue for your next event quickly and efficiently, no matter what you’re planning.

Pre-register for your place by contacting [email protected] before the witching hour on Friday, 20 October.

Places are strictly limited and Westminster Venue Collection reserves the right to qualify your event planning credentials in order to confirm your place.

The Westminster Venue Collection has welcomed three new board directors – Rachel Azzopardi from Regent’s Conferences and Events, Kay West from House of Commons and Barbara Wutte from the Royal Society.

Head of catering and events at Regent’s Conferences and Events, Rachel Azzopardi brings a wealth of experience to the collection, having worked at the academic venue for over five years. Rachel will be responsible for the collection’s appearances at trade shows and exhibitions throughout the year.

Also joining the board of the marketing consortium, which features an eclectic mix of 36 venues from fashionable townhouses and private members’ clubs to luxury hotels, celebrated attractions, historic institutes and societies is Kay West. The hospitality and event sales manager at the prestigious House of Commons has a stellar background in events and will be assisting the current board on all marketing activities for the collection.

Barbara Wutte, who will be working with Kay West on marketing, joins the board from the Royal Society, who only joined the collection in April of this year. Barbara has held the position of head of conference services at the Royal Society for just over two years and prior to that worked for industry heavyweights Elior and Peyton & Byrne.

All three of the new directors join hot on the heels of the collection’s new chair Diane Waldron, who took on the role in June, and will be assisting the current board to continue to increase the reach and enhance the reputation of the collection.

Speaking of the new additions, Westminster Venue Collection chair and QEII sales and marketing director Diane Waldron said: “We are extremely excited to welcome Rachel, Kay and Barbara to the board of directors. As a board, we work extremely hard to ensure our venues get the most out of their membership with us and with the recent changes in our brand and identity already reaping benefits, the future is looking extremely exciting.”

The Westminster Venue Collection will be appearing at Square Meal Venues and Events Live on 20 and 21 September. Come and see them at stand G32 or find out more here www.wvc.london.com. 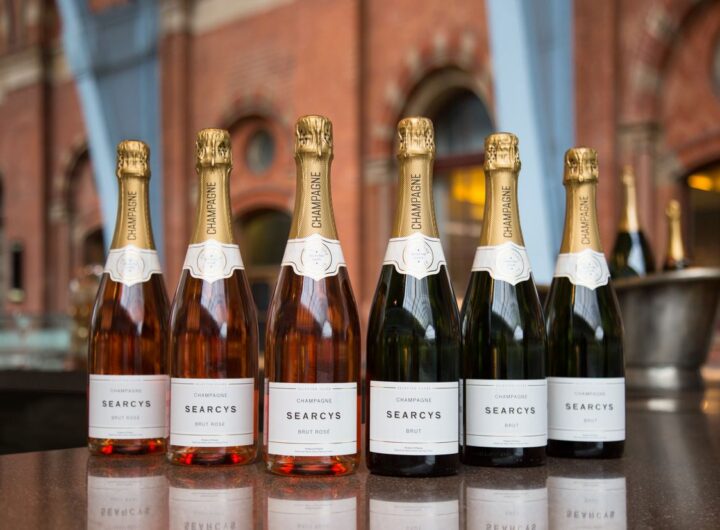 To celebrate IET London: Savoy Place’s exciting new catering partnership with Searcys, the venue is giving away bottles of their finest Champagne when you book a show-round this September.