The House of Peroni will occupy 41 Portland Place on 6 November as it showcases a second wave of Italian creativity.

The House of Peroni first came into being in July when 41 Portland Place was transformed into a celebration of contemporary Italian culture. Following six months of planning the venue’s period features were magnified to create a space that mixed contemporary style with classical Italian architecture and interiors. Stripped wooden floors, ivy tumbling over the façade, whitewashed walls and an olive garden on the terrace helped transport visitors from central London to the mansion houses of Rome.

Head Chef Will Carvalho was flown to Italy in preparation for the residency, to be trained by Michelin Star chefs the Costardi Brothers. Called ‘Assagi’, which is Italian for ‘taste’, the experimental menu devised by Will and the brothers, offered an unexpected take on traditional Italian dishes.

This November the residency focuses on fashion and film. A series of Italian films will play in the Wolfson Conference Suite each night, which guests can watch whilst enjoying a specially constructed taster menu.

See the full transformation of the venue here: http://www.youtube.com/watch?v=bIfc8cv_7U4

Royal College of Surgeons (RCS) welcomes Jocelyn Harrold as the venue’s new conference and events coordinator and to mark her start at RCS, event planners are invited to claim 20.13% discount when booking an event direct with Jocelyn. Simply quote TWCJH13 when enquiring with her.

Jocelyn, who was previously conference and wedding coordinator at Hitchin Priory, is keen to meet event organisers who would like to explore a unique venue for their next event. To arrange a site visit with her, call 0207 869 6707 or email [email protected].

Terms and conditions apply to the discounted room hire offer.

116 Pall Mall will open its doors to brides and grooms to be as it showcases its pristine wedding services in a special event taking place this coming Sunday 3rd November 2013.

Meet more than 40 of the most respected wedding suppliers in London, participate in interactive wedding workshops and have fun watching a couture bridal fashion show while you taste wine and enjoy complimentary food. Explore the facilities of this stunning central London venue before taking advantage of a personal consultation with a member of 116 Pall Mall’s wedding and events team.

All guests can participate in prize draws and a competition to win 50% off the hire cost of 116 Pall Mall for a wedding, as well as taking advantage of special offers exclusively available on the day. With guaranteed exclusive use at weekends, 116 Pall Mall provides a unique and memorable setting for civil ceremonies and receptions.

116 Pall Mall features eight magnificent and individually designed function rooms with capacity for up to 400 people. Its grand and ornate staircase and adjoining gardens are the perfect backdrop for photos in the heart of St James. The stunning architecture and beautifully decorated rooms all receive natural daylight and are fully air conditioned.

To thrive in today’s economy, companies must be able to collaborate with colleagues, partners and customers around the globe without delay and with the greatest possible ease. The pressure is on for organisations to become faster, leaner, meaner, greener and more global. With shrinking budgets and fewer resources, it’s getting tougher all the time.

The new video conferencing facilities at 10-11 Carlton House Terrace take away the strain of organising meetings between people located in different corners of the country, or world. These facilities are available now. To learn more and to enqire about availability and costs, please call 0207 969 5224 or email [email protected].

The Athenaeum Hotel is home to one of the biggest collections of whiskies in London, with over 300 varieties and counting. They aim to get their hands on every new expression they can, so that you can enjoy the widest possible choice on their whisky menu.

The bar is warm and welcoming, the perfect place to meet before going out or after returning to the hotel in the evening. It’s surprisingly discreet and full of quiet corners. Tuck yourself away with a paper. Enjoy a quiet romantic moment. The atmosphere is always merry. Not sure where to start or just want to know more? Work your way through the hotel’s extensive menu and read about drams from the Scottish Highlands to Japan, all with the help of their expert Whisky Sommelier.

The Athenaeum Hotel also hosts monthly whisky socials for guests and other whisky enthusiasts in its beautiful Hyde Park suite on the last Friday of every month. This unique and exclusive event pairs a different whisky with a specially selected menu and is presented by resident whisky Sommelier Ivo Silva and the brand ambassador from the respective whisky distillery.

Located in the heart of Covent Garden, adjacent to the famous Piazza, LFM is one of the capital’s hottest properties following its £3.5 million conversion of the iconic Flower Cellars. With four unique, modern event spaces spanning over 15,000 sq. ft and with a capacity for 450 guests, it is the perfect wow factor event destination for spectacular product launches, exhibitions and cocktail parties.

For more information on the London Film Museum please contact the events team to discuss your requirements on 0207 202 7042.

Spiers, a major driving force behind the refurbishment of the rooms, introduced Professor Hudson who was honoured by the Royal Aeronautical Society as a Companion. His entrepreneurial skills and creativity as the saviour of Prestwick Airport were acknowledged before he took great pride in unveiling a commemorative plaque that recognised all of the Fellows and Companions who had supported the refurbishment project.

Located on the third floor of No.4 Hamilton Place, The Business Lounge is ideal for board and group meetings for up to 40 guests. Its high spec facilities include new air conditioning and heating, fully controllable lighting and a large smart TV.

The adjoining Information Centre has three work stations with computers connected to the WiFi network. A great deal of care and thought was invested into the décor to ensure it matched the heritage of the house. This included refurbishing the stair and access areas and opening up a further floor of the house.

For more information on the Business Lounge at No. 4 Hamilton Place please email the events team on [email protected].

Corporate event organisers celebrated 150 years of London’s Underground tube network at a special dinner at London Transport Museum, prepared by caterer Searcys, on 8th October. Guests enjoyed a champagne and canapé reception on arrival, before moving through to the museum galleries, where a Victorian flower market girl, a 1920s housewife and a 19th century fireman were amongst the actors who brought the venue tour to life.

Searcy’s served cured salmon with capers and quails egg and parsnip soup with hazelnut crisps, followed by sirloin of beef and with a museum high tea for dessert.

To round off the evening, guests competed to win a wine presentation box and a whisky decanter before having the chance to let their hair down on the bouncy bus. They also played a game of ‘guess the tube stations’ as part of the CBS Look for Longer exhibition.

Today marks the release of the 2013 London Venues Business Report and overall, the conference and events industry is reporting positivity in the period following the London 2012 Olympic Games.

Produced annually by The Westminster Collection (TWC), Unique Venues of London (UVL) and The Conference Bench, the new report collates the results of a survey into the performance of 110 tourist attractions, prestigious venues and renowned hotels across the capital. This year, for the first time, the committee producing the report also welcomed the addition of the London City Selection, with a number of this venu consortium’s member submitting performance data.

Here are some of the key findings:

– Venue optimism is high, with 94% of venues surveyed reportedly feeling positive about the future of the events market through 2013 and into 2014. Short lead times, smaller events and irregular booking patterns remain a concern, however.

– There is a positive post-Olympics feel, with 94% of venues expressing optimism, although there is an increase in smaller or more intimate events booked.

– Weddings are an area of growth, with 58% of venues predicting seeing an average 17% increase in bookings for this type of event through 2013. Private events such as birthdays and anniversary events are also predicted to show growth.

– The use of discounting as a sales tactic decreased in 2012, with just 18% of venues reporting to have won business by cutting room hire, catering or AV fees, compared with 35% having secured business as a result of discounting in 2011. Venues did indicate that 7.8% of their bookings could be attributed to offering flexibility in packages where minimum numbers normally apply.

– Of the 57% of venues offering day delegate rates (DDRs), 61% of those allowed customer demand to influence their DDRs, with rates modified in response to high and low periods of demand. Discounts on venues’ highest average DDRs in 2012 averaged 30%. 40% of responding venues do not flex their prices in periods of high or low demand.

– ‘Word of mouth’ was reported by 41% of venues to be their number one method for driving sales. Direct sales was rated second (21%) and online advertising was the third most successful sales method (17%).

– 73% of the London venues surveyed plan to invest capital into their event spaces in 2013.Tourist venues are planning to make large investments in 2013, with 30% of the 78 tourist venues which plan to invest reporting budgeted spend in excess of £1 million.

– 89% of responding venues offer delegates free WiFi within their events spaces and 80 of the venues questioned offer free WiFi in their public areas. 45% of venues indicated that they intend to upgrade their broadband capacity within the next 18 months.

Church House is proud to announce that it has won the Best UK Conference Venue Award at the Conference & Incentive Travel Awards 2013, which were held at The Grand Connaught Rooms on Friday 27th September.

Church House Conference Centre was recognised by the judging panel for delivering best practice and innovation seamlessly across all areas of events, from initial creation, to planning, production and management. The category was hotly contested with other shortlisted venues including Barbican, Centre Parcs, ExCeL London, Kings Place Events and Manchester Central.

Commenting on the accolade, Robin Parker, general manager at Church House, said: “We are absolutely thrilled to have received this prestigious award and I must say a huge thank you to every single member of our team whose hard work and dedication has contributed towards this exceptional achievement.” 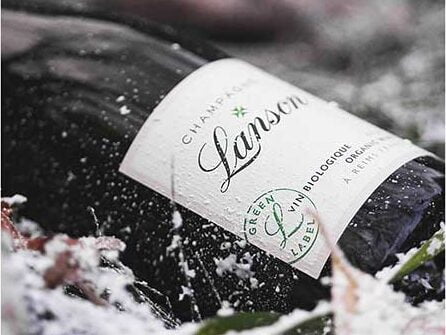 Enjoy a Champagne Lanson Dinner at 116 Pall Mall. Whether it’s your preferred regular tipple or something you save for special occasions, drinking Champagne has long been synonymous with style. To celebrate World Champagne Day…