Following the appointment of Jean Michel Viala from The Dorchester as head chef in 2016, and investment into a new chef’s table tasting room last year, QEII Taste has welcomed several new team members to deliver creative and innovative catering to events at QEII.

Leah Hardy joins the team as Sous Chef, having previously worked with head chef Jean Michel Viala at The Dorchester. Originally from Brisbane, Australia, Leah spent nine years at The Dorchester before looking to take on a new challenge at the QEII Centre.

Also joining the QEII Taste team in recent months are Richard Glover as head of events and Sara Bolognini and Rebecca Bentham as event managers, while Elias Belkis has been appointed to the Sanctuary team.

Jason Dignam, general manager of QEII Taste said: “Food is without a doubt one of the key elements of a successful event, and one that delegates are most likely to comment on, share photos of and remember afterwards. We have invested heavily in our team and facilities, and it’s paying off with fantastic feedback from clients on our new menus and first-class service. I’m delighted to welcome all the new team members to QEII.”

Networking is an invaluable opportunity to meet professional contacts and create new business opportunities. The team at 8 Northumberland Avenue take us through the dos and don’ts that can help you make the most of your time at a networking event:

Contact the 8 Northumberland Avenue team today about your next event on, [email protected].

With a degree in Event Management and Drama from Winchester University, Katie will work across the event planning portfolio providing end-to-end service to clients and enhancing Church House Westminster’s reputation for providing first-class event support and delivery.

Veronika has joined the team after gaining a degree in Marketing with Business Studies from Canterbury Christ Church University and brings industry experience, having previously worked for a catering company.

General Manager Robin Parker said: “Katie and Veronika are welcome additions to our dedicated team and bring with them key skills and experience for their roles. These appointments will ensure we achieve growth targets by raising our profile though strategic sales and marketing initiatives while maintaining our personal approach to event co-ordination.”

Paul Martins, board member at Westminster Venue Collection and director of sales at Cavendish Venues, has been elected as a council member of the Meeting Industry Association (mia).

Jane Longhurst, chief executive of the mia said: “We are delighted to welcome Paul to the mia council. During 2018, and indeed into 2019, we will be focussed on three core areas of activity to support members – operational excellence, innovation and business performance. Paul’s support and industry experience will be invaluable across this activity.”

Speaking after his election at the mia’s 28th Annual General Meeting, Paul Martins said: “I am thrilled to joining the mia council, alongside a collection of other excellent event professionals. I look forward to supporting the mia’s aims and objectives.”

116 Pall Mall has completed a total rebrand across its five floors of commercial space, creating a separate identity to host membership organisation, the Institute of Directors (IoD).

With design and patterns lifted from the Grade I-listed property’s beautiful interior works – including mosaics, columns and plasterwork – the design also combines a new colour palette to give the building a strong and contemporary look.

The new branding will appear on all promotional material from the beginning of April, with a new website for 116 Pall Mall to follow in the summer.

To promote the new branding and venue spaces, 116 Pall Mall is running a series of FAM trips for event bookers in April and May, with a tour ending up with tapas and prosecco in the building’s historic wine cellars.

For more information about the brand-new interiors or joining an upcoming FAM trip, please contact Jeremy Warrillow on 07955 285980.

King’s Venues – Bush House has launched its healthy break options for Spring, to ensure delegates have the best start to meetings at the venue.

The former home of the BBC has replaced mini pastries and bacon baps with seasonal fruit compote, vanilla yoghurt and granola pots and also brown baps with smoked salmon and cream cheese – the perfect, fresh food for a Spring day.

Westminster Venue Collection boasts a wealth of properties with a strong background in academia. Many of these illustrious venues not only boast state-of-the-art meeting and conferencing facilities, but also share links with associations dedicated to improving the world’s knowledge of science, engineering, technology and art.  Here we place the spotlight on six of the most iconic.

Institute of Contemporary Arts
This Central London 18th Century Grade 1 Listed building is home to the Institute of Contemporary Arts, a membership organisation that encourages an understanding of radical art and culture. From its site on The Mall the ICA regularly hosts contemporary art exhibitions, film screenings and events, but also offers a range of flexible spaces for hire, including two cinemas, a theatre, two regency reception rooms and a studio that can be adapted to suit the needs of any event.

IET London: Savoy Place
Savoy Place has been the home of the Institute of Engineering and Technology since 1871 (previously known as the Society of Telegraph Engineers and the Institute of Electrical Engineers) and advancing and sharing knowledge about science, engineering and technology remains at the heart of the IET’s purpose today. A refurbishment of the building, which was completed in 2015, means the venue has a number of improved and enhanced meeting and events spaces, including a new 451-seat theatre, new-styled reception rooms and reconfigured floor space to optimise panoramic views of the Thames.

Imperial College London
This world-class university, founded by Prince Albert, is renowned for its excellence in science, engineering, medicine and business. The campus in South Kensington also offers an extensive array of spaces for hire, from modern 740-seat theatre-style conference venue The Great Hall to the Grade II listed townhouse 170 Queen’s Gate, which boasts a secluded courtyard garden and multiple rooms designed for meetings, executive dining, training sessions and small conferences or symposiums.

Regent’s University London
Originally built for Bedford College in 1849, the campus at Regent’s University was home to a number of educational institutions until it formally became a University in June 2013. It now runs degree courses in many areas including business and management, languages, and fashion and hosts students from 140 different countries. The campus overlooking Regent’s Park also offers a wealth of indoor and outdoor conference and event spaces, from the 370-seat Tuke Theatre, to Herringham Hall, with capacity for meetings of 120 delegates. Four acres of landscaped lawns and a secret garden can be used for summer events, including drinks receptions and team building.

Royal Institution of Great Britain
The Royal Institution’s links with science stretch back to 1799 when it was established to ‘diffuse science for the common purposes of life’ and the Grade 1 Listed building on Albermarle Street in Mayfair was where scientists such as Humphry Davy, Michael Faraday, John Tynda and George Porter discovered 10 chemical elements, won 14 Nobel Prizes, made world-changing discoveries in the laws of electromagnetism and molecular biology, and pioneered public science lectures and science events for children. Today, it is the home of the Ri charity, which works to connect people with the world of science, and boasts eight event spaces for hire, including the Faraday Lecture Theatre, which can accommodate between two and 720 guests.

The Royal Society
Home to the UK’s national science academy, with a fellowship of some 1,600 of the world’s most eminent scientists, including Richard Dawkins, Tim Berners-Lee and the late Stephen Hawking, The Royal Society’s headquarters on The Mall is not only a scientific hotbed, but also a comprehensive meetings and events venue. Twelve rooms, all boasting natural daylight, air conditioning and WiFi, with capacity for between 10 and 800 delegates, are available for hire.

To coincide with the international celebration on 1 March, some of our 34 venues tell their own stories of these special connections, which include The Chronicles of Narnia author C.S Lewis, James Bond creator Ian Fleming and poets Sylvia Plath and Andrew Motion.

Former Poet Laureate Andrew Motion wrote a poem to mark the completion of St Martin’srenewal project, which took place between 2006 and 2008. The verse is inscribed on the railings of The Lightwell and says:

Commenting on WVC’s connections to the literary world, WVC chair and sales and marketing director of the QEII Centre Diane Waldron, said: “The forthcoming arrival of World Book Day gave us an exciting chance to delve into the connections our London venues have with leading figures of the literary world. “In some way the unique styles and varied subjects covered by each of these authors and poets reflects the scope of our offering at WVC. Whatever the requirements an event booker may have from an intimate gathering in a Grade 1 listed building to a conference.” 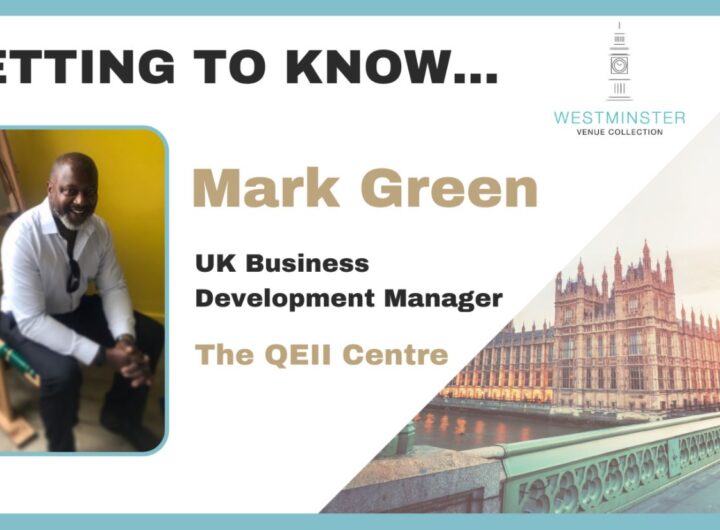