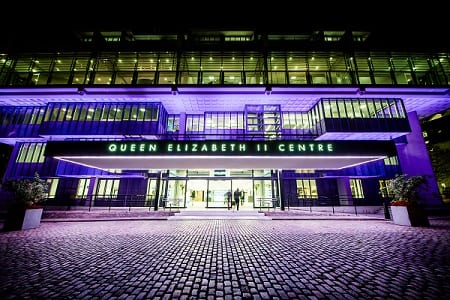 Following the appointment of Jean Michel Viala from The Dorchester as head chef in 2016, and investment into a new chef’s table tasting room last year, QEII Taste has welcomed several new team members to deliver creative and innovative catering to events at QEII.

Leah Hardy joins the team as Sous Chef, having previously worked with head chef Jean Michel Viala at The Dorchester. Originally from Brisbane, Australia, Leah spent nine years at The Dorchester before looking to take on a new challenge at the QEII Centre.

Also joining the QEII Taste team in recent months are Richard Glover as head of events and Sara Bolognini and Rebecca Bentham as event managers, while Elias Belkis has been appointed to the Sanctuary team.

Jason Dignam, general manager of QEII Taste said: “Food is without a doubt one of the key elements of a successful event, and one that delegates are most likely to comment on, share photos of and remember afterwards. We have invested heavily in our team and facilities, and it’s paying off with fantastic feedback from clients on our new menus and first-class service. I’m delighted to welcome all the new team members to QEII.”