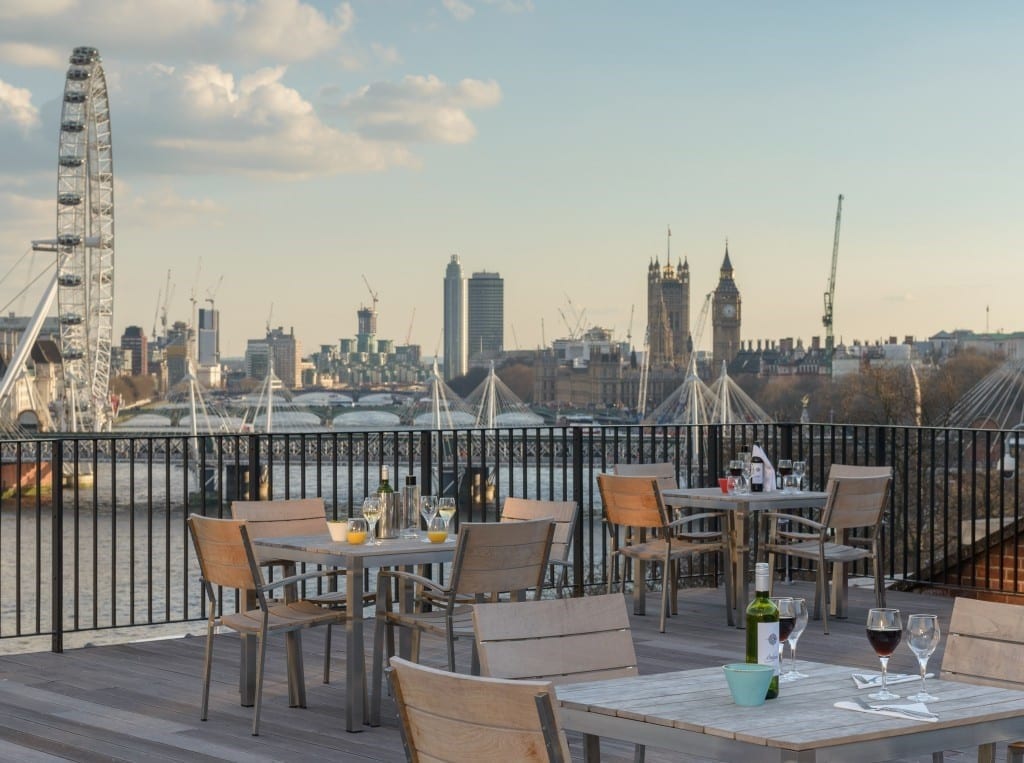 Westminster Venue Collection provides a viewing platform to some of Westminster’s most iconic and spectacular views from many of its member venues. With Parliament, Big Ben, Westminster Bridge, The London Eye and a vast stretch of The River Thames adorning the borough, there’s much to be admired aesthetically.

The Grade I-listed {10-11} Carlton House Terrace, home to The British Academy offers five floors of versatile space designed by renowned architect John Nash to give some of the best views of St James’s Park, Whitehall and the Mall from the former residence of Prime Minister William Gladstone. The grandeur of the views is reflected in the striking regal architecture of the venue.

Housed on The River Thames itself, Bateaux London boasts striking, open panoramic views of London, with Big Ben, Westminster Abbey and further reaching snippets of London life visible from both of its two vessels. Designed to bring the outside in, views can be enjoyed with both outdoor and indoor events hosted on the Glass Room and the River Room.

One of the capital’s true hidden gems, Church House Westminster is set within the peaceful and green Dean’s Yard, offering stunning views of Westminster Abbey and only a few minutes’ walk from London attractions including Big Ben, The Houses of Parliament and St James’s Park.

The Houses of Parliament offer 13 event venues, ranging from dining rooms with an historic Pugin design, to the Terrace Pavilion, a purpose-built marquee with panoramic glass doors for uninterrupted views of the River Thames. The venues are able to accommodate between 10 and 200 guests.

The exclusive roof terrace of IET London: Savoy Place on the banks of The River Thames boasts 180° views across the iconic London skyline, capturing a wide stretch of aesthetic landmarks. Spectacular by both day and night, the rooftop space lends itself perfectly for receptions and photography shoots.

Twenty-two metres high, the National Gallery’s rooftop has multiple balconies with panoramic views, making an excellent location for live broadcasts and commercial filming. Up among the birds, the views reach Westminster, Pall Mall and St-Martins-in-the-Fields. It is a perfect place to capture the vibrancy of central London.

Located in the heart of royal London, with views over the Mall and St James’s Park, Prince Philip House is part of the neo-classical John Nash terrace built in the early 1800s and is the historic home of the Royal Academy of Engineering. The venue’s hidden gem, the roof terrace accommodates 250 guests for summer receptions looking for an exceptional backdrop across Westminster.

The QEII Centre offers panoramic views of London from its sixth floor Mountbatten flexible events space. The floor-to-ceiling windows look out over the city skyline with views of all of its most iconic attractions, including the London Eye, Big Ben and the Houses of Parliament, creating a perfectly Instagrammable backdrop for any event.

Westminster Venue Collection reveals it’s a hotbed of literary interest in celebration of World Book Day. To coincide with the international celebration on 5 March, some of the marketing consortium’s 33 venues tell their own stories…