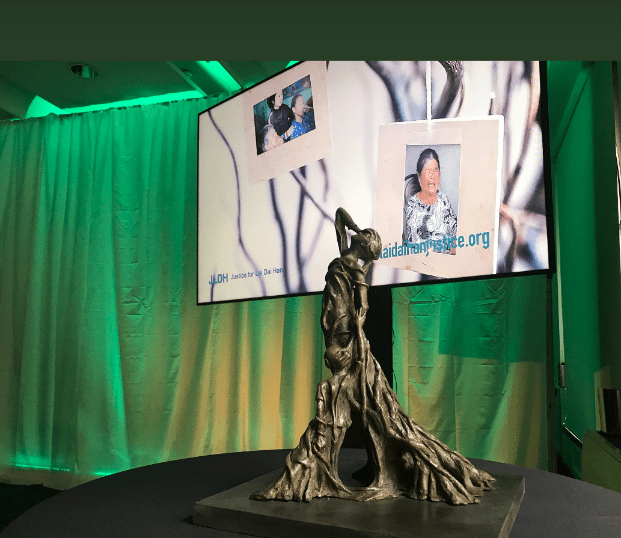 The event took place in the venue’s Harvey Goodwin Suite on 11 June 2019 and culminated in the unveiling of a statue to honour all victims of sexual violence.

The “Mother and Child” statue, designed by Rebecca Hawkins, will serve as a beacon of hope to all victims of sexual violence around the world. It depicts a mother and child with different roots trapped by a Strangler Fig tree, a plant native to Vietnam, with branches wrapping around them.

Sculpture artist Rebecca Hawkins said: “I hope that this statue helps raise awareness for this important campaign and gives the women and children the justice and closure that they need. Being part of this campaign and meeting these brave and courageous women has been the honour of a lifetime and I urge everyone to hear their story.”

Find out more about the types of events that are held at Church House Westminster, here.