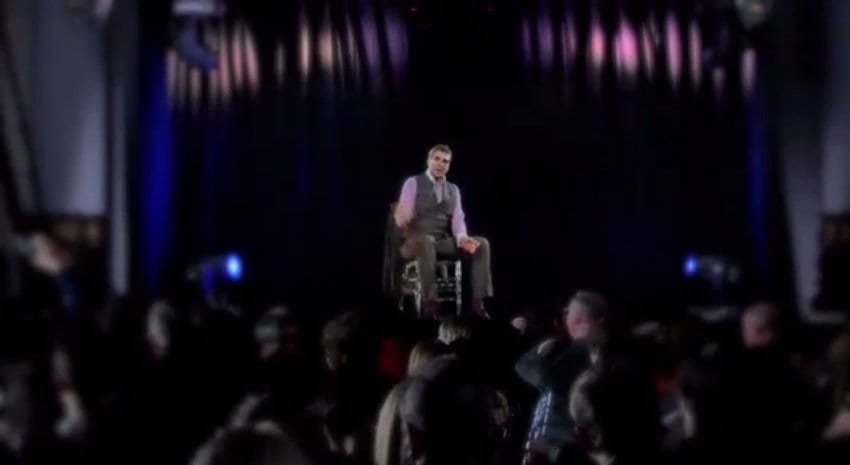 This ability to reproduce, between different locations, the best characteristics of direct human interaction that result from face-to-face meetings has been in existence for many years.  So how is this so unique and a significant improvement to the events industry?

Telepresence normally requires an expensive fibre optic cable and a dedicated network management system operating between two venues.  It’s been no coincidence that telecoms companies were the only ones able to afford this, because they could use their own lines. This new technology, using eight 4G SIM cards in a box all working together to stabilise the signal to deliver the 3D image seen, reduces the cost enormously.

Telepresence is a well-known technology to aid a reduction in event costs and indeed carbon footprint. There’s no need to go to the expense of flying a keynote speaker over from New York and paying for their accommodation. But as Ian highlighted, using 3D holographic telepresence over 4G goes further and creates a “truly live experience, more immersive than talking to someone via a 2-dimensional screen. It enables people physically located in one meeting room to see 3D holographic images of people in another location, as if they were sitting opposite them”.

8 Northumberland Avenue has already seen the benefits of using this technology.  Speaking at the event Charles Boyd said: “We are focused on being at the forefront of technology advancements to ensure our clients receive the highest return possible on their event investment by amplifying their messages. We’ve already seen this for ourselves at the event we hosted for corporate buyers last month.  We’ve reached a far wider audience than those who just attended the event.  We’ve had an increase in social media activity with new followers,  press coverage and some great feedback.”

To find out more about how this technology can benefit your next event contact the team at 8 Northumberland Avenue.