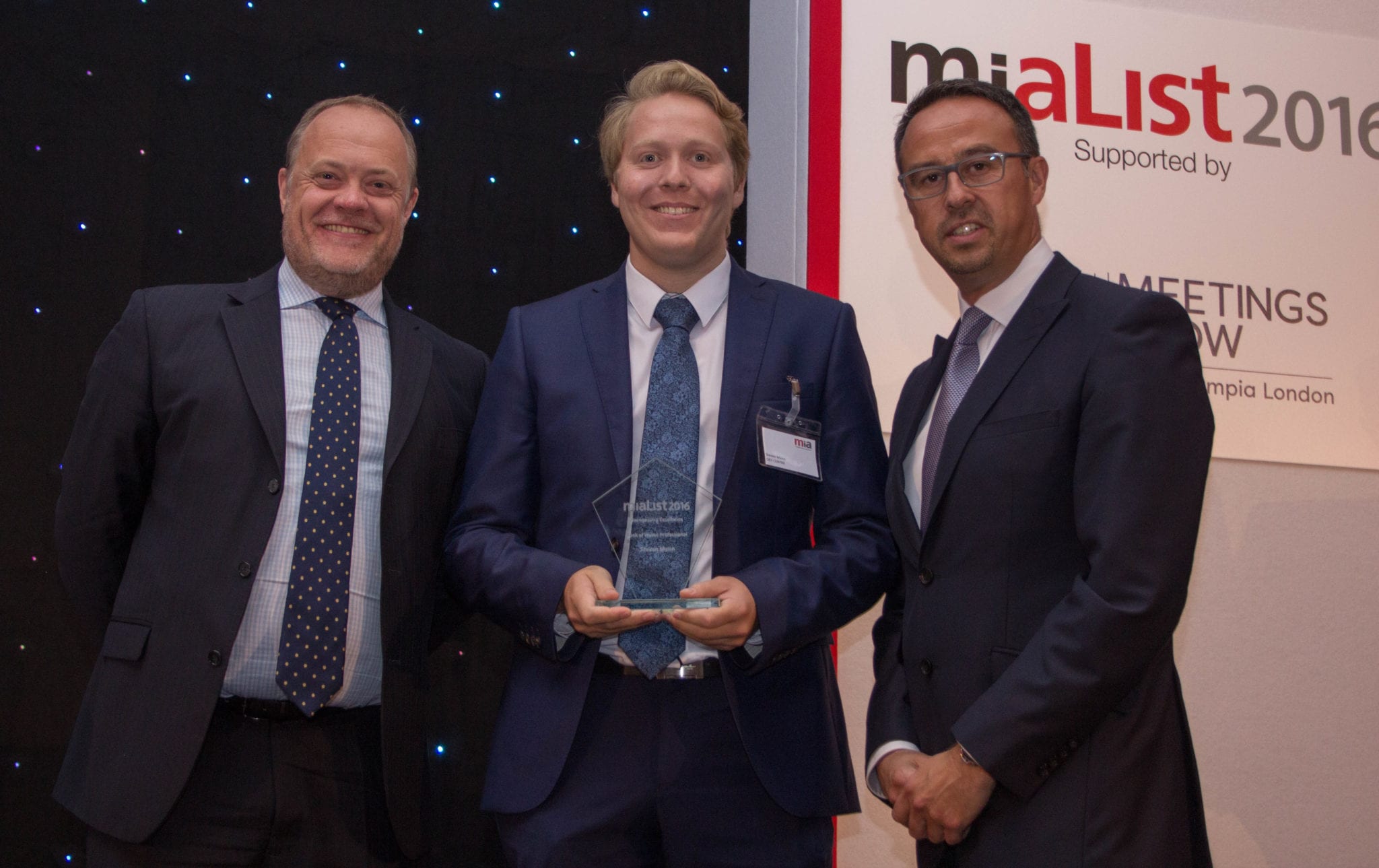 The QEII Centre’s Steven Mann has been awarded the ‘Back of House’ title in the esteemed Meetings Industry Association’s (mia) miaList 2016.

The 24-year-old AV project manager who has worked at the leading Westminster-based centre since March 2014, picked up the award, which celebrates those outstanding and passionate individuals in the sector, at a prestigious lunch on 16 September at the Park Plaza Victoria, London.

Jane Longhurst, chief executive of the mia, said: “The judges were impressed by Steven’s professionalism and felt he was a great ambassador for Westminster’s QEII – consistently delivering to high standards. They thought he was a highly motivated, ambitious team player who was very focussed and eager to learn to extend his knowledge and embrace change. He also identifies areas for improvement in the department and is not afraid to suggest change as he has a strong desire to progress and seek professional development opportunities, rather than waiting to be selected.”

Steven said: “I’m so proud to have secured a place on the much sought-after miaList 2016. I thought just being short-listed at 24 was an achievement, but to actually achieve a place is such an honour. It’s fantastic that the QEII Centre continues to invest and support its employees to achieve their goals.”

Congratulations too to the other Westminster Collection members Denis Hickey of Cavendish Venues, Stephanie Gadd of Victory Services Club and QEII’s Stuart Drummond for making the shortlist for the prestigious awards.