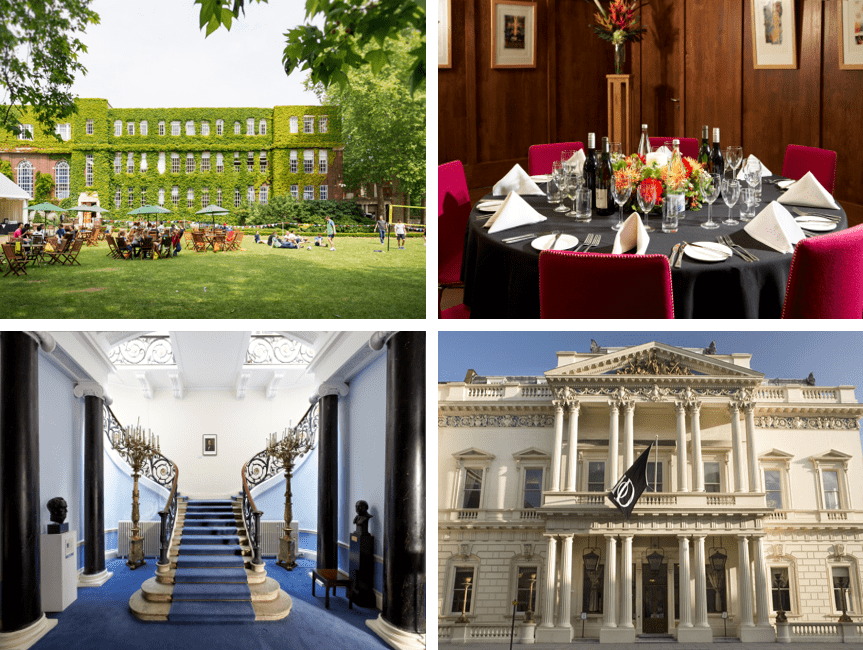 To coincide with the international celebration on 5 March, some of the marketing consortium’s 33 venues tell their own stories of these special connections, which include The Chronicles of Narnia author C.S Lewis, James Bond creator Ian Fleming and poets Sylvia Plath and Andrew Motion.

Regent’s University London offers a range of meeting and function rooms alongside multiple outdoor spaces in 11 acres of private grounds within Regent’s Park. Rooms include the Tuke Theatre with room for 370 delegates; The Refectory with dining facilities for 200 and Herringham Hall for meetings of 120.

St Martin in the Fields and poet Andrew Motion

Former Poet Laureate Andrew Motion wrote a poem to mark the completion of St Martin’s renewal project, which took place between 2006 and 2008. The verse is inscribed on the railings of The Lightwell and says:

St Martin’s in the Fields, on the north east corner of Trafalgar Square, has two conference spaces:  The Crypt and the Gallery and three meeting rooms.