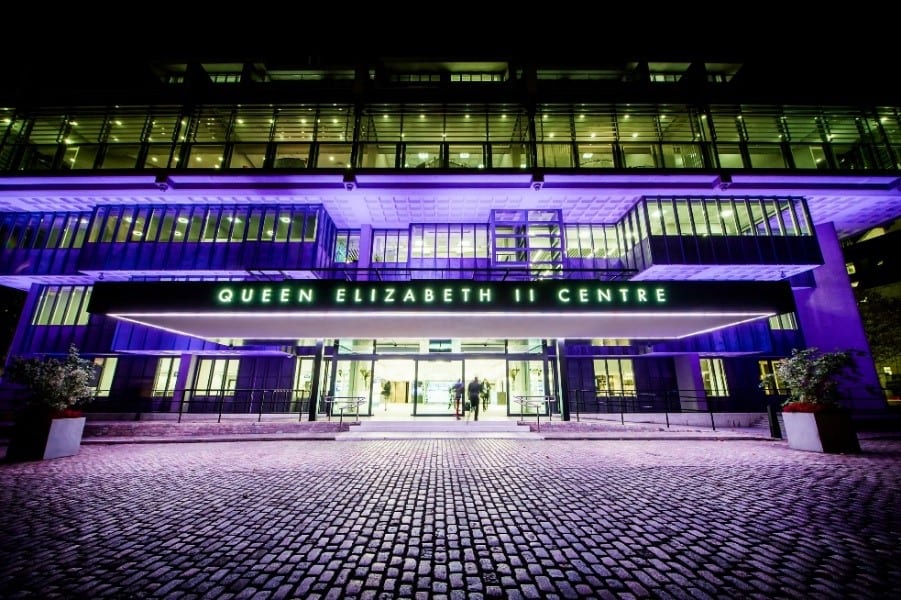 London’s leading conference and events venue, The QEII Centre, welcomed climate experts to a ground-breaking discussion about the creation of a sustainable food system.

The event, organised by Compass Group UK & Ireland, took place at QEII on 20 July where it brought together government representatives, business leaders and academics to talk about how we can reduce climate emissions by building a sustainable food system.

The QEII’s in-house AV team QEII Live created and supported a live link so that more than 400 people could attend virtually. They included Diane Holdorf, managing director of Food and Nature for World Business Council for Sustainable Development, who spoke by video link from Geneva.

The conference was the first major in-person event held at QEII since 23 March 2020 when it was closed due to the nationwide lockdown. The event was held as part of Compass Group UK & Ireland’s, commitment to achieve Climate Net Zero by 2030.