The name’s Bond. Bond in Motion. 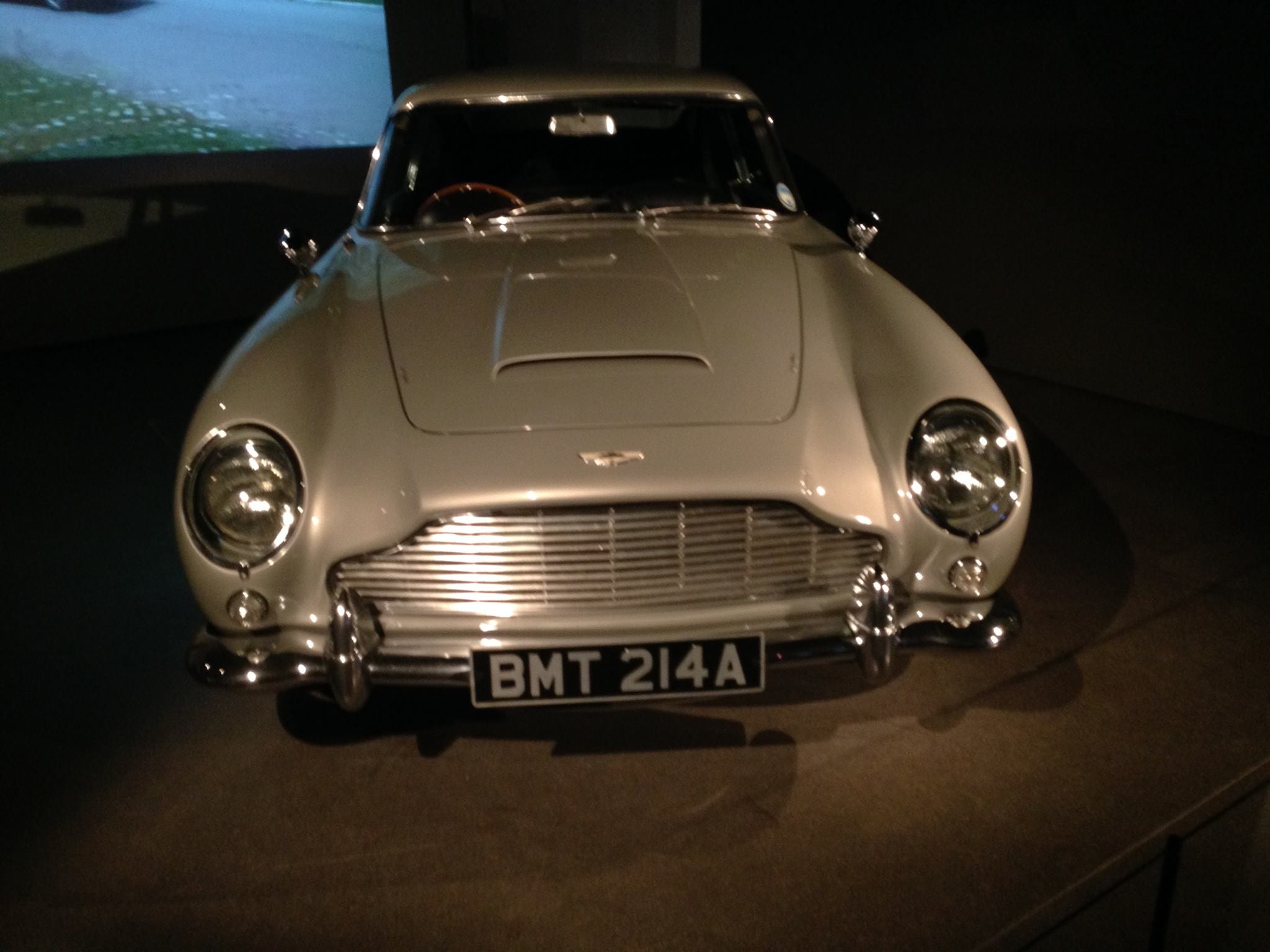 Recently I was fortunate enough to be invited to an event hosted by The Westminster Collection at the wonderful London Film Museum in Covent Garden. The museum was hosting an exhibition of James Bond film artefacts, well mainly cars! The space had a number of iconic cars from the James Bond series of films. We weren’t allowed to sit on the bonnets for photos but the way they were lit up meant that you could really appreciate the design of the cars. What made it even more exciting was that there were short clips of the cars in the films behind each exhibit, so you were able to have a visual reminder of where the car appears in each film.

A background sound loop of the main James Bond theme played throughout the museum, but it wasn’t too loud. It just provided the visitors with an audio reminder.

The gentlemen at the event were SO excited about the cars. A number of them had their own Matchbox models (yes really!) but to see the full sized cars was very exciting. The exhibition also had some smaller props, such as a James Bond watch and his British Passport. There was also a gift shop where James Bond gifts were available to purchase. I had to drag my husband away from this!

The space was great. The area is a blank canvas and the curator had used the space so effectively. The event included some great drinks and canapés by KAI Catering and these were served in a bar area, although the waiters could serve it thoughout the space.

So, as we are an entertainment company who provides theming, what would we do to enhance the event? Well, with the theming in the museum, you need to do little more! However, the waiters could be dressed in formal wear and there could be “meet and greet” Bond Girls, Villains (Jaws is always good) and a James Bond. Everyone has a phone now, so to have photo opportunities is always great! If you wanted a featured entertainment spot, you could have a Bond Girl singing a couple of Bond themes or a 5-minute Octopussy Dance with Bond Girls. In my opinion, I would have a short featured entertainment spot as the venue does a lot of the work!