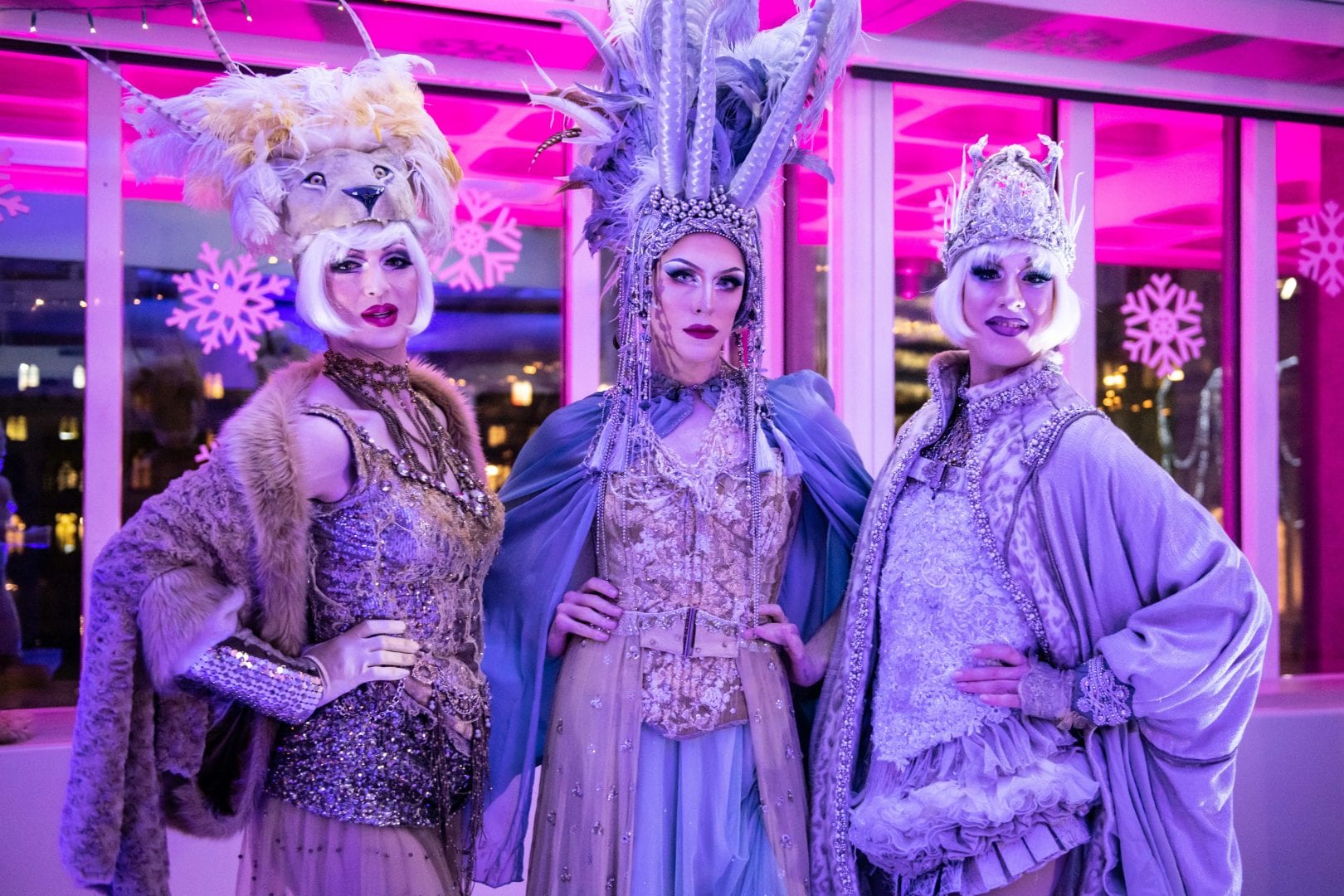 Drag act The Globe Girls provided added sparkle to a Narnia-themed winter showcase at The QEII Centre in London on 10 December 2019.

Event professionals were invited to climb through a wardrobe and brush past the fake fur and glamorous wigs for an adventure within the fierce and fabulous environment of Drag Narnia, a place inspired by the C.S. Lewis classic The Chronicles of Narnia.

Alongside an evening of entertainment from the visually stunning and hysterically funny drag act The Globe Girls, guests were invited to get creative over glasses of mulled wine at candle and wreath-making workshops led by home fragrance brand Earl of East London and floral designer Elizabeth Marsh.

After sampling delicious festive canapes such as roast turkey and cranberry; spicy Scotch egg, and pear and chutney tart, guests were encouraged to try delights from Oriental and Middle Eastern themed food stalls.

The spectacular three-hour event, designed to say thank you to QEII clients while spreading festive cheer, was captured on video by young people from Content Creatives, an initiative that equips young people with the technical skills and knowledge needed to break into the creative arts and media industries.