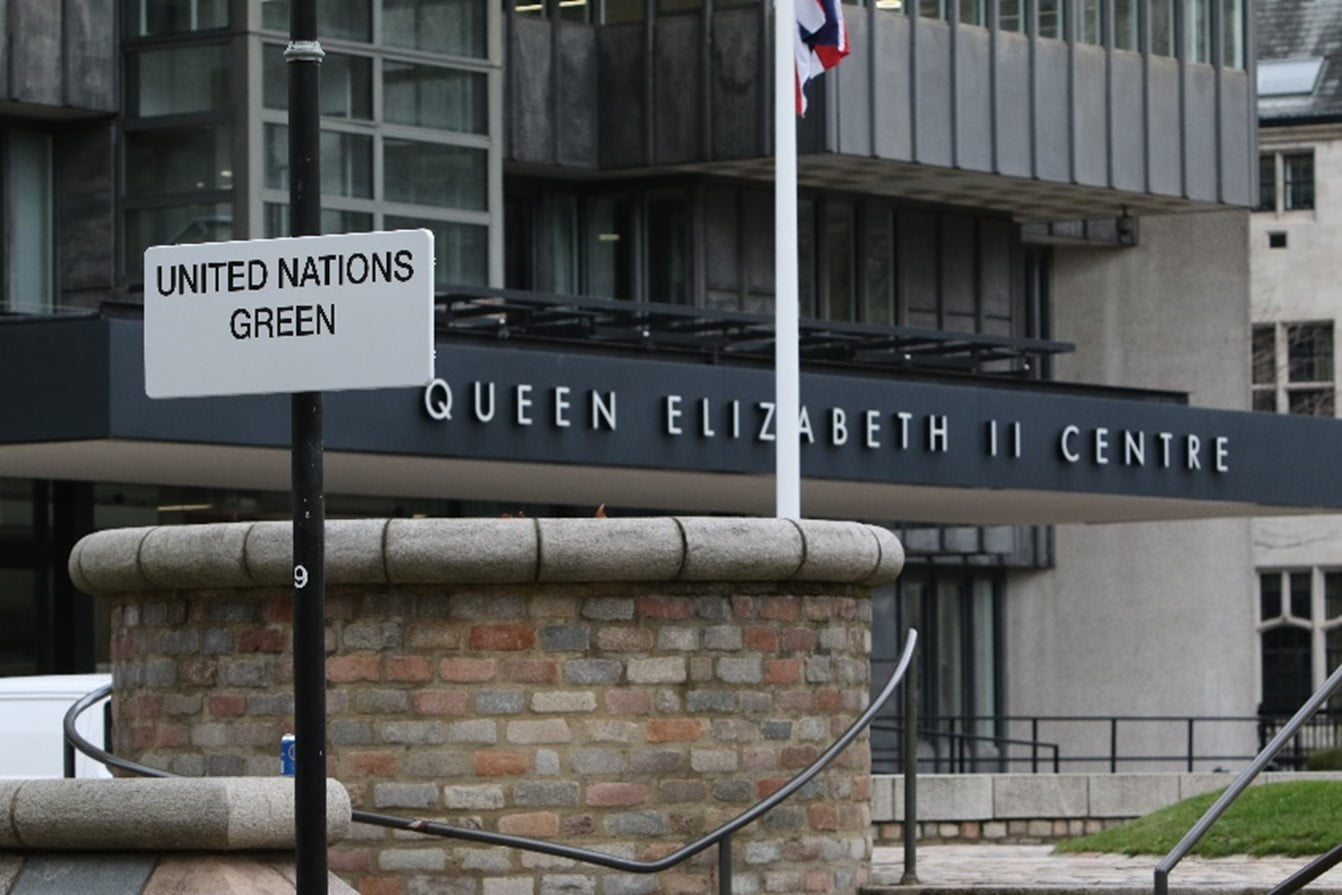 Broad Sanctuary Green, the lawn situated at the front of London’s QEII Centre, has been renamed United Nations Green in commemoration of the 75th anniversary of the United Nations (UN).

The renaming of the space, which can be hired for events at the Westminster venue, was made on Monday 11 January 2021 as a permanent tribute to 75 years of the UN’s work.

Sunday 10 January 2021 was the 75th anniversary of the first meeting of the UN General Assembly at Westminster Central Hall in London. The date was celebrated with a virtual commemorative event, bringing together the UN Secretary António Guterres, Lord Ahmad, and civil society

The commemorative event marked the UK’s role in the founding of the UN, which has negotiated 172 peace settlements that have ended conflicts and over 300 international treaties from human rights conventions to agreements on the use of outer space, the arms trade and the oceans.

UN Secretary-General António Guterres said: “In the midst of a second world war that was far from won, Winston Churchill and Franklin Roosevelt – later joined by leaders of China, France, the-then Soviet Union and other allied powers – courageously set out a vision to free the world of fear and want, through cooperation. This vision became the United Nations and, on this very day 75 years ago, the first meeting of the UN General Assembly was held in London.

“At this time of new global turmoil, I am honoured to virtually visit the United Kingdom to mark that occasion, renew our cause of overcoming global challenges together, and celebrate a country that was instrumental in creating the United Nations and which remains, today, a crucial member state, not least in the run-up to COP26 in Glasgow.”

Over the course of its 34-year history, the QEII Centre has hosted many high-profile international events, including The Commonwealth Heads of Government Meeting in 2018 and the NATO Parliamentary Assembly in 2019.

Chief executive of the QEII Centre, Mark Taylor, said: “The renaming of Broad Sanctuary Green to United Nations Green is a wonderful tribute to the UN’s work over the last 75 years and is synergistic with The QEII Centre’s business of welcoming and hosting delegates from around the world for global and national events.”