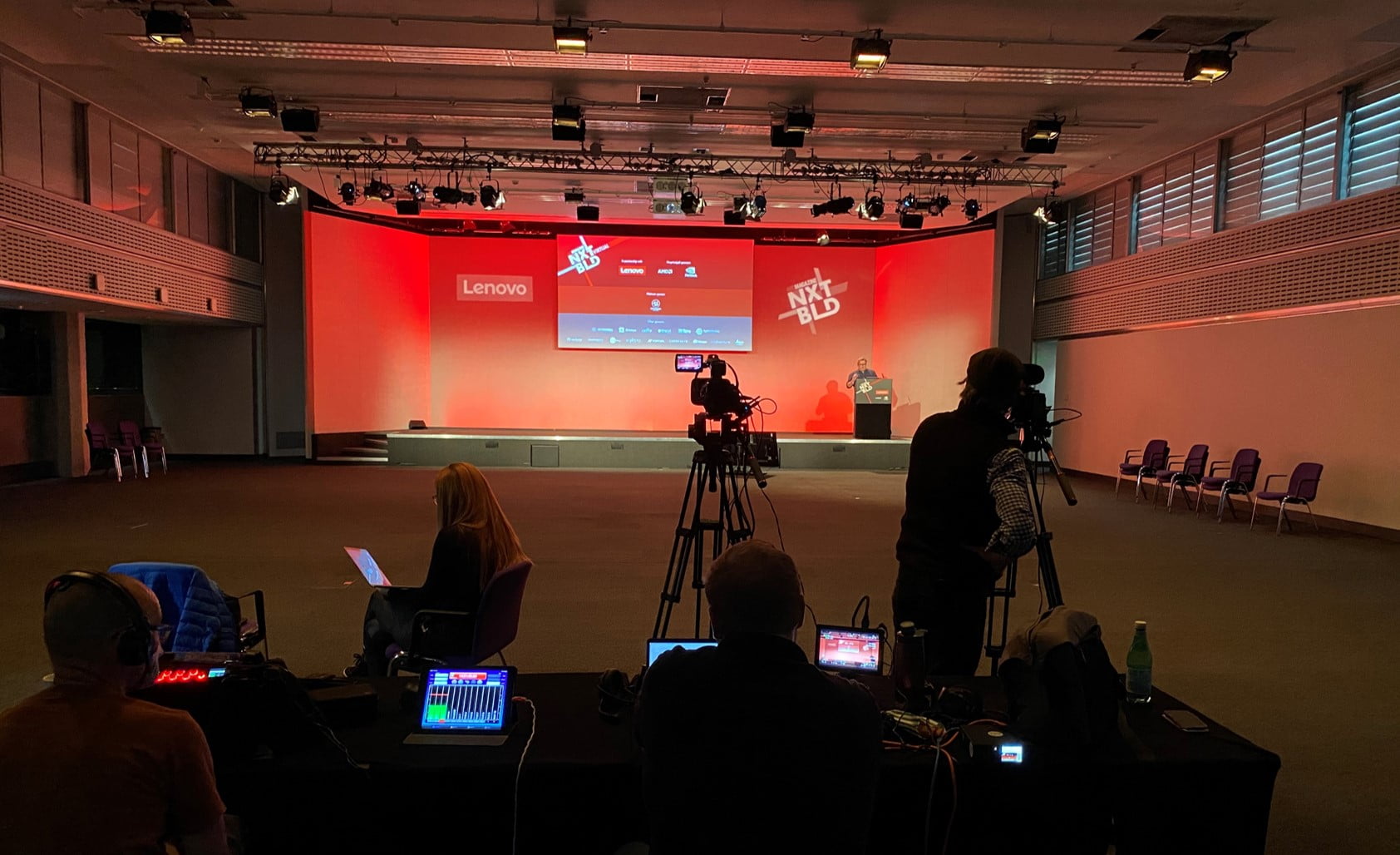 From 8-15 October 2020, London’s QEII Centre seamlessly delivered X3DMedia’s NXT BLD (Next Build) conference virtually, extending its reach to 1,400 people. The conference, which explores emerging technologies and how they will impact the future of architecture and construction, had intended to run as a live event on one day in June 2020 but, due to the COVID-19 pandemic, was postponed before the decision was taken to run it online in October.

X3DMedia had planned to run its NXT BLD conference – a conference that brings to life how emerging technologies will impact the future of architecture and construction – as a one-day live event at QEII with a web broadcast in June. However, as restrictions were in place to prevent the spread of COVID-19 the Centre was closed to events at this time and the conference was unable to go ahead as planned.

When it became clear the live event would not be able to happen, QEII’s sales team worked in partnership with X3DMedia and its organiser, AEC Magazine, to adapt and still deliver its successful fourth event covering the innovations in digital fabrication, robots, 3D printing, IoT, generative design, virtual and augmented reality, real time design visualisation and lots more.

The team at QEII worked in unison with X3DMedia on a plan to run the NXT BLD conference online, using QEII as its main base.

The event’s extensive line up of 26 expert speakers are located around the world and were unable to visit the UK, but it was important to the success of the virtual conference that some level of consistency was maintained through its delivery. Therefore, X3DMedia decided to record all linking pieces from the stage in the Mountbatten Suite at The QEII Centre. London-based speakers were also welcomed to record their sessions at the venue. Delegates were also able to submit their burning questions and participate in a live Q&A with the speakers, following their presentations.

Members of QEII Live’s expert team were on hand to help with the technical aspects of the event, including the audio and the stage set. QEII also provided the necessary bandwidth through its 2Gbps building-wide supply to enable X3DMedia to stream the event to its online delegates. Instead of taking place over one day, X3DMedia decided to hold the event over six days for 1.5 hours a day, broadcasting three, 20-minute speeches with links.

X3DMedia had aimed to reach 1,000 people through its virtual NXT BLD conference. With the virtual format executed by QEII, however, it was able to surpass that goal and reached 1,400.

Martyn Day of X3DMedia praised QEII’s flexible and professional approach to putting on the postponed event and ensuring it could reach its audience. He said: “QEII went above and beyond to stay open for us to film, just as everything in the UK looked like it was taking a turn for the worse and pricing the event within my original payment schedule. We had a great experience from our past event there and were pleased with the outcome of this new innovative format.”

Thanks to the continued positive relationship, X3DMedia has confirmed that NXT BLD 2021, which will be a physical conference and exhibition, will be held at the QEII Centre London on 16 June 2021.