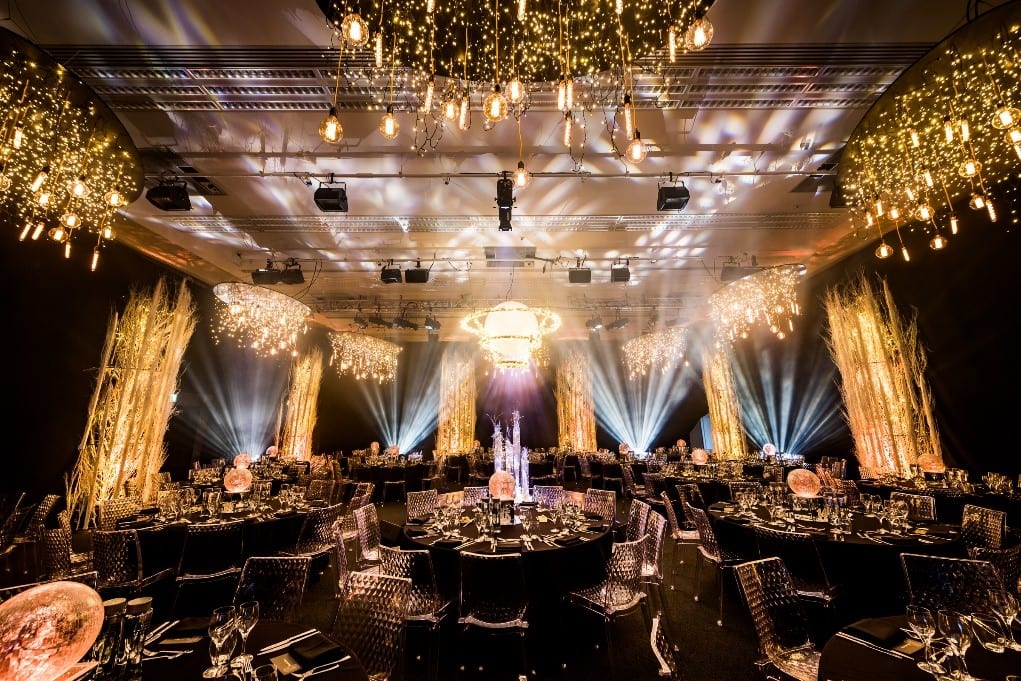 More than 200 event planners came together at London’s QEII Centre on Tuesday, 6 February to see the venue present a sparkling showcase of its flagship evening events space.

One of central London’s largest event venues, the QEII Centre invested in the refurbishment of its fifth and sixth floors as part of a £12m capital investment project, creating a combined space perfectly suited to evening receptions, banqueting events and award ceremonies.

Guests arrived into the Cambridge room on the fifth floor through a glimmering tunnel of lights, to see the blank space area totally transformed into a classy cocktail bar ‘The Light Lounge’, where they sipped on lychee and violet martinis and matcha mojitos.

Event theming partners Event-Trees pulled out all the stops to use the theme of ‘illumination’ to showcase the versatility of the event spaces, with a rainbow-coloured backlit staircase leading the way to the sixth floor Mountbatten, where the views of the London city skyline were almost as dazzling as the room itself.

Lit with the warm glow of bejewelled chandeliers, branches radiating light and glowing orbs as table centrepieces, it was a world away from the traditional conference set up many were used to seeing, and provided the ideal backdrop for the three-course dinner served by QEII’s in-house caterers, QEII Taste by Leiths.

Speaking at the event, chief executive of the QEII Centre Mark Taylor said: “Creativity has always been part of the fabric of this great building; it’s one of those stimulating environments that fires the imagination and allows truly imaginative ideas to turn into reality. It’s not just the rooms or the stunning views that spark the imagination and make clients return time and again, it’s also our continued commitment to the latest cutting-edge event production that’s helping brands push the boundaries.”

More information about the QEII Centre can be found here.