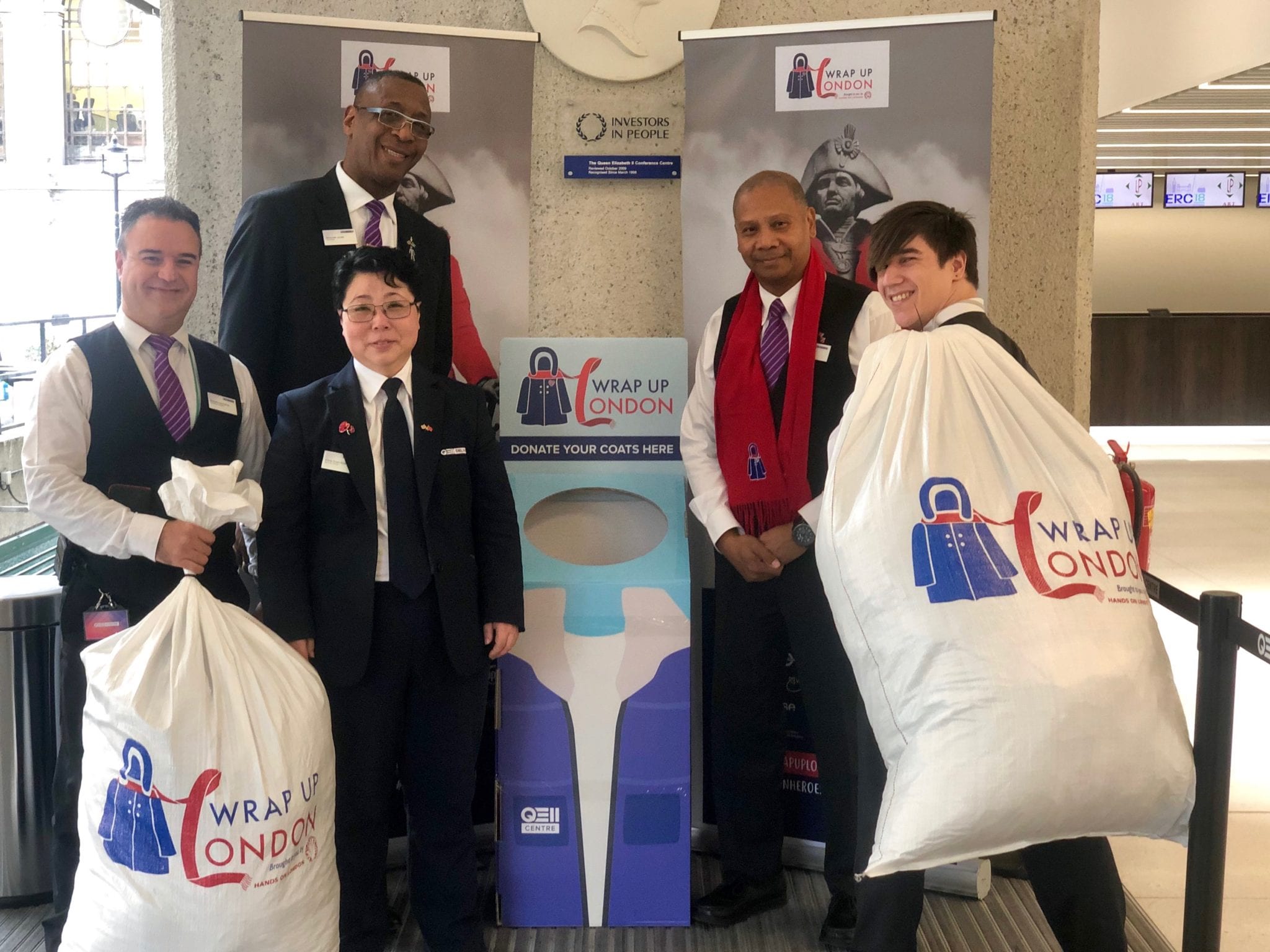 London’s QEII Centre is once again calling upon event professionals and members of the public to donate their old, unwanted or unused coats to provide for the homeless, the elderly and refugees.

Hands on London will be launching its Wrap Up London campaign for the ninth year on 11 November. Last year the charity collected over 23,000 coats and items of warm clothing and hopes to once again bring Londoners together to demonstrate the collective community spirit that unites the capital.

Westminster venue the QEII Centre will be hosting a coat donation point throughout the campaign, which runs from 11 November until 22 November and will be open to the general public as well as event attendees. Last year the venue collected more than 700 coats to support the Wrap Up London campaign, and is calling on the event industry to make this year’s coat drive an even greater success.

Diane Waldron, director of sales and marketing at QEII, said: “Supporting our local London community is a key part of QEII’s CSR strategy, and the Wrap Up London coat collection offers a great opportunity for not just QEII but the wider event industry to give something back. We urge event organisers, attendees and Londoners alike to donate good quality, unwanted coats to those who truly need them the most.

An estimated 320,000 people are homeless in the UK, according to figures released by the charity Shelter. The problem is abundant in London, where one in every 59 are homeless, and so the coats collected are essential and will be distributed via homeless shelters, refugee centres, organisations supporting the elderly, women’s refuges, children’s centres as well as other charities helping those in crisis.

Jon Meech, CEO of Hands on London, said: “Every year the demand for warm coats increases and this year is sadly no exception. As a largely volunteer-led campaign we can only hope of meeting this demand with the help of partners like the QEII Centre who have so generously offered to host a coat collection.”

The QEII coat donation point will be open from 7am – 6pm, Monday – Friday, from 11 to 22 November. For directions and more information about the QEII Centre, visit www.qeiicentre.london.

For more information about Wrap Up London, visit www.wrapuplondon.org.uk/