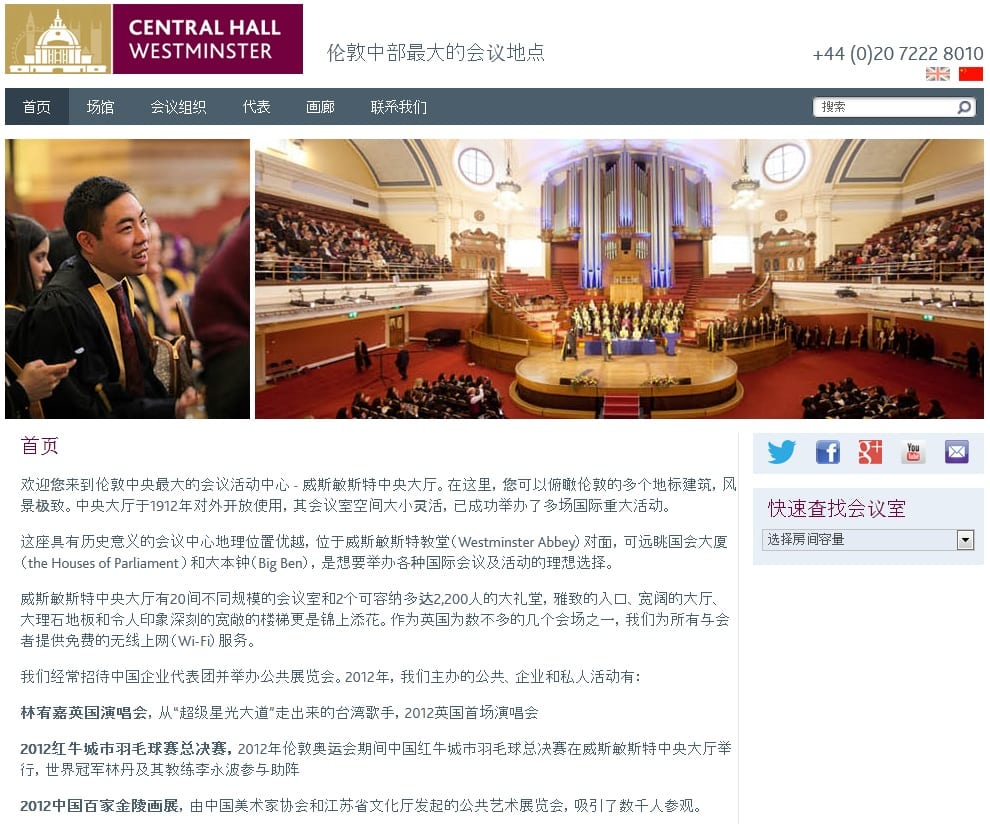 Central Hall Westminster has launched a series of sales and marketing initiatives aimed at attracting bookings from China. The drive to target the Chinese market comes as a result of steady growth in this sector in the last two years.

Earlier this month, Central Hall rolled out a Chinese version of its venue website, written entirely in Mandarin. This is bolstered by a portfolio of new marketing collateral, including brochures, banners and case studies specifically highlighting the public and private events held by Chinese delegations in 2012.

Paul Southern, managing director at Central Hall Westminster, said: “During 2011 we were able to generate significant interest for Central Hall Westminster as a key player for hosting conferences and events in the UK. It shows the Asian market is increasingly important in the years ahead and it is vital to take advantage of the growing opportunity.”

The new Chinese website was launched this month at China Outbound Travel and Tourism Market (COTTM), with Blackman present to promote Central Hall to the 4,000 leading, outbound tour operators from all over China. He later travelled for a further 10 days, attending various business meetings with corporate clients in Beijing and other locations.