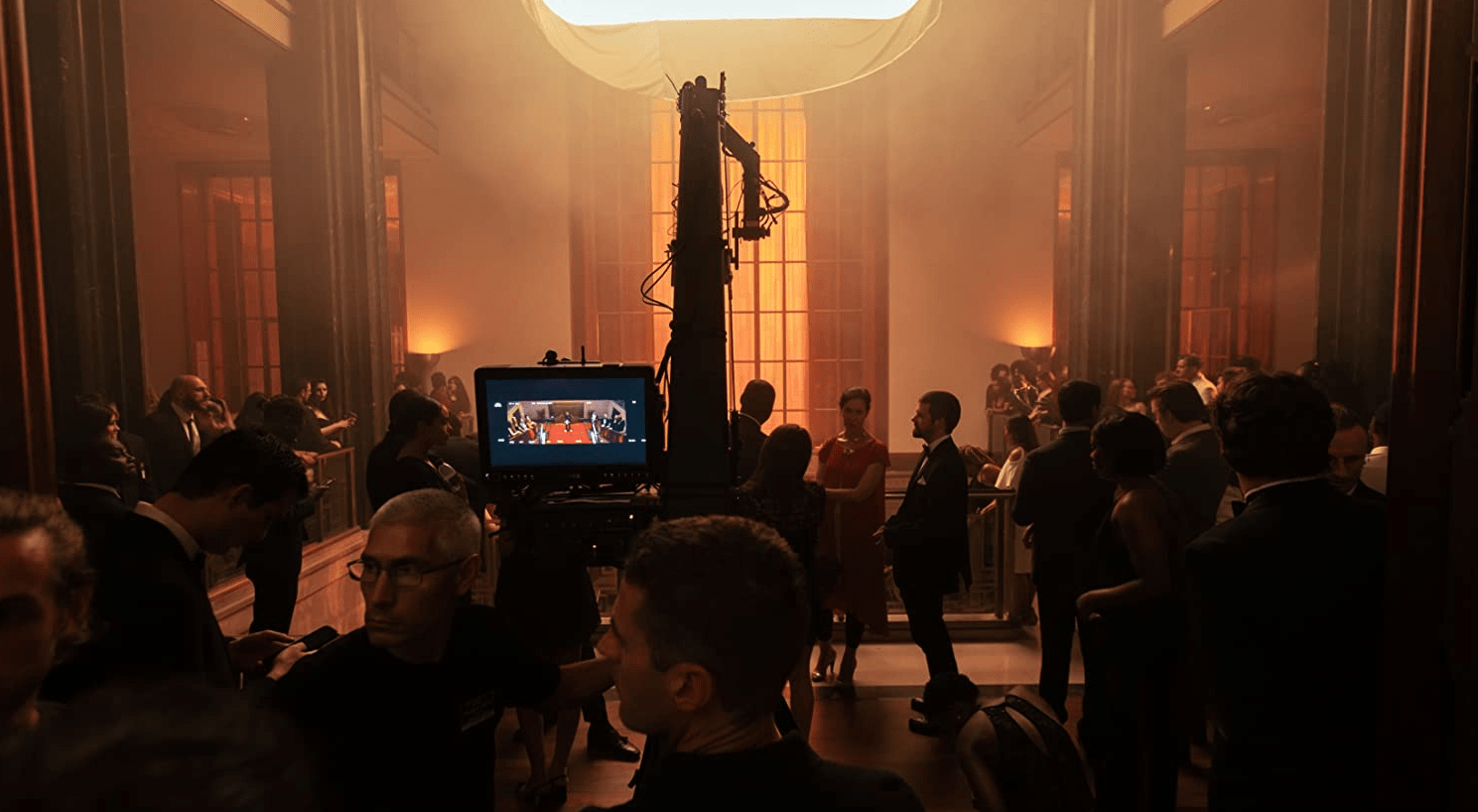 RIBA hosted Hamblin Imagery for a short film project in August with approximately 150 people including the crew and actors.

We chose RIBA for a number of reasons – firstly it eludes the grand atmosphere we were looking for in our scene and equally it has a magnificent staircase that was perfect for both look and filming capabilities. The staff were also on board with everything we wanted to achieve and were amazing throughout.

Please describe the brief, when did it take place? What was it for? Core goals and objectives
We were shooting a short film that is due to enter film festivals in the upcoming season. The scene itself was set at an awards ceremony, for which our protagonists had just received an award for their latest movie and were met by rounds of applause as they walked down the red carpet. Filming took place on a Saturday in August. The goal was to replicate the likes of Cannes film festival and other such grand awards ceremonies.

Which spaces at the venue did you use and why?
We used the front lobby, the staircase and majority of the first floor. We covered the flooring with red carpet and filled the areas with extras dressed in evening attire. A giant camera crane was positioned in the gallery which pushed through the wide set doors and out over the staircase. We pumped huge lighting through Florence Hall’s window which filled the staircase and surrounding area.

What happened during the shoot? Please give details of the logistics.
The protagonists made their way down the staircase and were met by huge applause by the surrounding extras. We did an array of shots using both cranes and Steadicam which circles the actors. We also flew a huge airlifted light above the actors – out of all the buildings we recced no other had the capability to achieve this.

Was anything bespoke created for the shoot or bought in specifically, e.g. props, AV?
We had a red carpet which was cut specifically to RIBA’s staircase. Also, as previously mentioned the buildings size allowed us to operate both a crane and airlifted light indoors. The scene itself relied on a huge amount of lighting which no other building could accommodate for us.

Was catering required for the crew/actors? If so, give details
Catering was required, however we used our usual company as we have particular deals with them. RIBA was very accommodating allowing them to use their kitchen space.

Any aspects of the shoot that proved challenging? If so, how were they overcome?
We did initially worry about how we were going to move all our equipment up the flights of stairs, however RIBA allowed us access to their service elevator which simplified the process.

Client testimonial:
“The RIBA staff were hugely accommodating and adaptable to our every need. Finding a space that would allow us to achieve what we set out to do was extremely difficult and not many buildings hold the capacity to allow for such filming. We wouldn’t hesitate to go to RIBA for future projects, no matter the size or complications that we might face.”