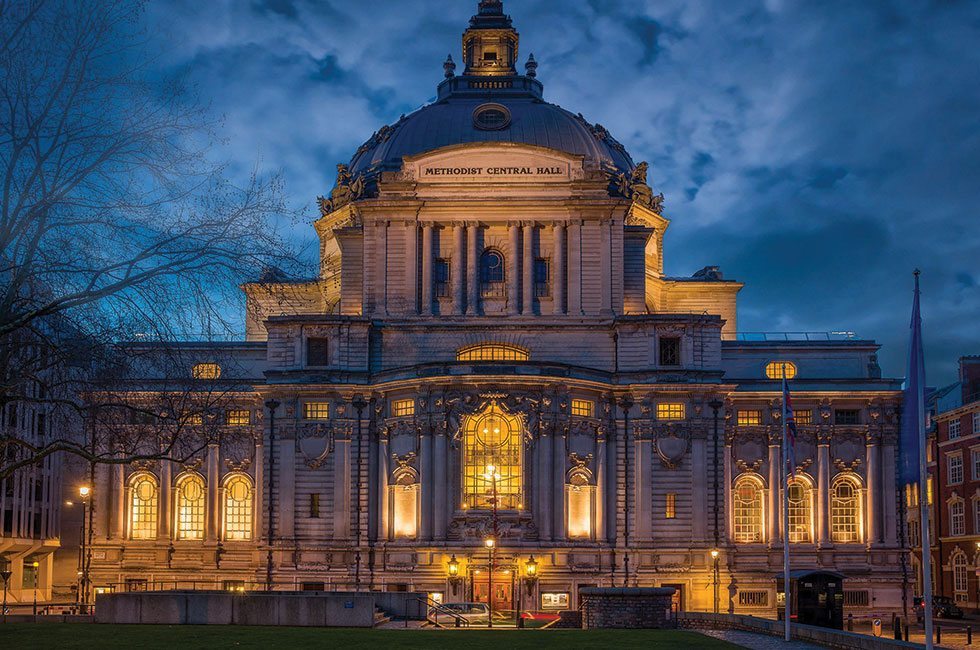 Central Hall Westminster has created a new venue management organisation called Central Hall Venues (CHV) to replicate the success of its own model across the United Kingdom.

Central Hall Venues (CHV) has been launched to help other similar sites, which are all situated within Methodist Halls originally built as meeting places for the public, to run as successful conference and events venues.  The organisation will support, launch and manage each venue.

CHV’s first venue to launch is Nicolson Square Edinburgh (NSE), in the heart of the Scottish capital, with plans to open more in other UK locations in the future.

Central Hall Westminster, a social enterprise, is a large conference and events venue in central London and offers 25 versatile spaces over four floors which includes its iconic Great Hall – famous for the largest self-supporting domed ceiling in Europe. It has run successful events for over 20 years including conferences, meetings, exhibitions, concerts, seminars, graduations and awards ceremonies.  CHW is also a popular location for TV production, media and film. Central Hall was first inaugurated as a meeting place by the Methodist Church in 1912 and has welcomed many illustrious figures through its doors including Martin Luther King, Mahatma Gandhi, and the Prince of Wales.

It is this rich heritage and longevity of expertise which provided the perfect model for launching Central Hall Venues and helping other Methodist Halls in the country to run their own events.

Paul Southern, Managing Director of Central Hall Venues, comments: “We are extremely excited to be launching our new group and support network at this time, when good news is very much needed.  Having run Central Hall Westminster as a highly successful events centre for over 20 years, we felt it was time to replicate our expertise to other similar venues with the same ethos.”

“Our close ties with Methodism ensure we maintain a transparent approach to business, and we are proud to uphold established principles of ethics, integrity and sustainability,” he adds.