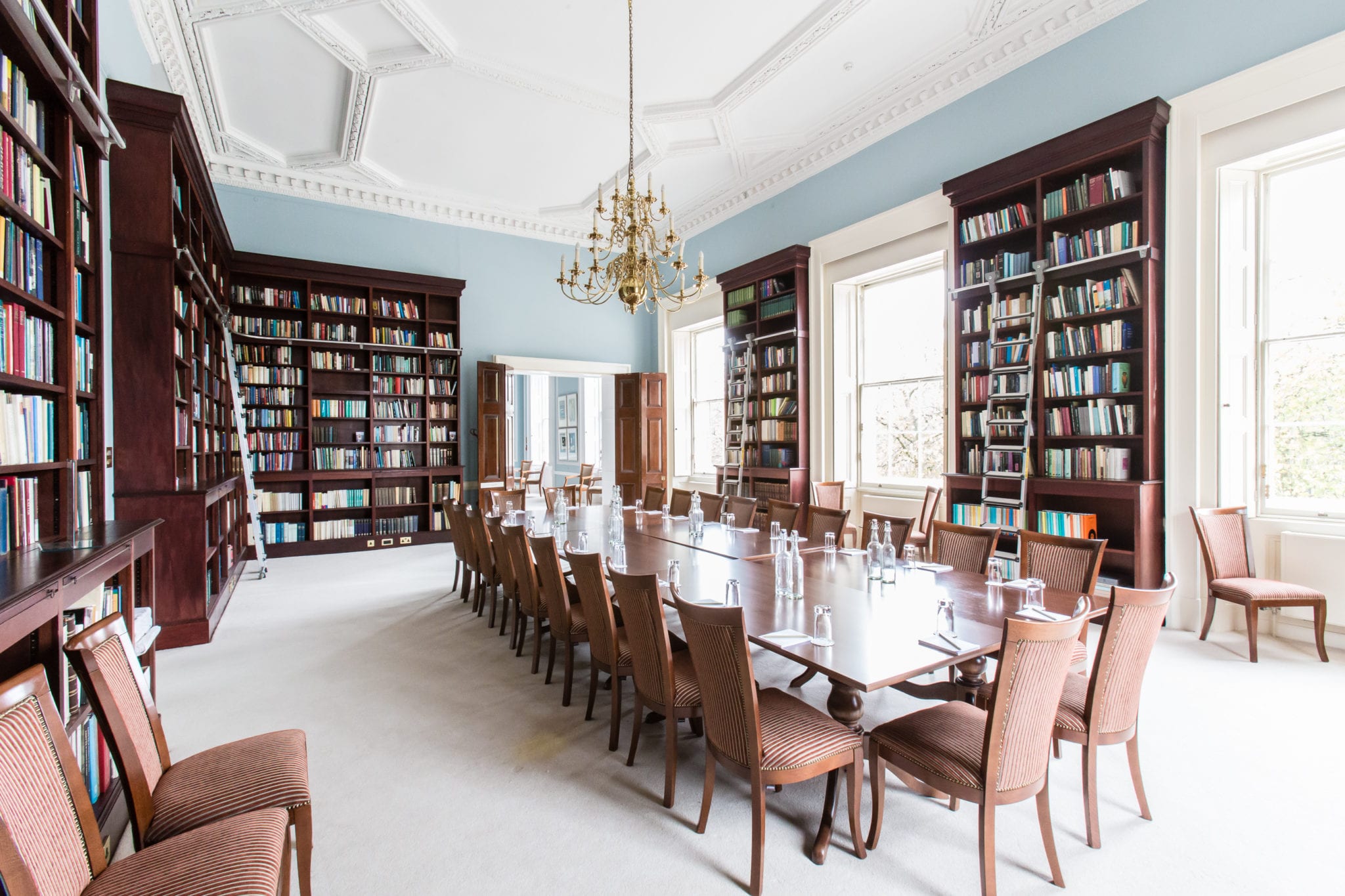 {10-11} Carlton House Terrace, home of the British Academy, is delighted with the addition of the Lee Library to its room collection. Situated on the ground floor, in the South West Corner of the venue overlooking The Mall, this impressive event space has high ceilings and large windows allowing an abundance of natural daylight to flood in. With book-lined walls filled with academic literature dating back to 1902, this inspiring space is designed to allow your creativity to flourish.

The new event space can accommodate up to 60 people theatre style, 100 people for a stand-up reception and up to 60 people for a sit-down dinner. The room has the added advantage of adjoining the Reading Room giving the spaces much more flexibility and capacity. Delegates can enjoy the use of complimentary wifi and audio visual services are available on request.

The new Library is licensed for civil marriage ceremonies and civil partnerships, with full wheelchair accessibility and guide dogs allowed.

Explore The Library here and for further information email [email protected] or call 020 7969 5224.

{10-11} Carlton House Terrace was built during the late 1820s and early 1830s on land previously occupied by Carlton House, the residence of the Prince Regent, who became George IV. The neoclassical terrace was conceived by architect John Nash with two aims in mind: to provide good views of St James’s Park for residents and to provide an impressive backdrop to both the Royal Park and the Mall.

As soon as it was finished, Carlton House Terrace became one of the most fashionable addresses in London. {10-11} was home to the Ridley and Guinness families, and also William Gladstone, Prime Minister, who occasionally held Cabinet meetings there. Although it was damaged during World War II, much of the interior of Number 10 has survived from the early years of the 20th century. Both 10 and 11 have benefited from recent refurbishment.